Sony has been trying hard to put a lid on device leaks, but it hasn’t been very successful at that. The latest leak has managed to reveal almost everything about the conglomerate’s upcoming flagship, the D6503 Sirius. Pictures not only of the smartphone’s design, but its new UI running Android 4.4.2 KitKat have surfaced as well. You can also expect to see a good deal of specification below.

Let’s start off with the design. Sony has already announced that it will retain the OmniBalance design approach for future Xperia phones which can be clearly seen in the leaked images of the Sony D6503 Sirius. The handset looks a lot like the Xperia Z1, but has a few modifications where some components including the speakers, ports and notification light have been moved around. 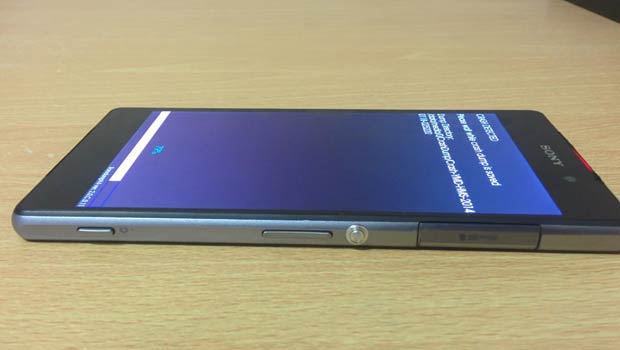 The image seen above was posted on XDA Developers (link to thread). UI screenshots were also made available, but of phone running Android 4.3 Jelly Bean. The guys over at Xperia Blog have managed to get updated screen grabs which show off the new interface and features along with Android 4.4.2 KitKat. The Sony D6503 Sirius will feature a glove mode and Smart backlight control.

Then there’s the option to wake the screen with a double tap, while Smart call handling will allow you to answer calls by bringing the phone to your ear. Sony has also thrown in the Simplified Home launcher which is an alternate UI with large icons. The D6503 Sirius will be water-resistant and have support for 4K video capture. 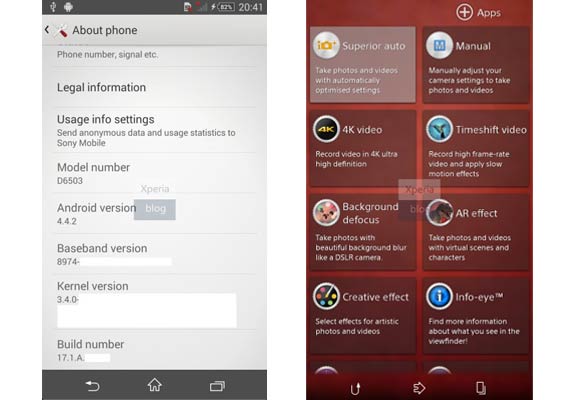 Below are the known specifications of the handset:

Make sure you hit this link for more details on what features the Sony D6503 Sirius will tag along.