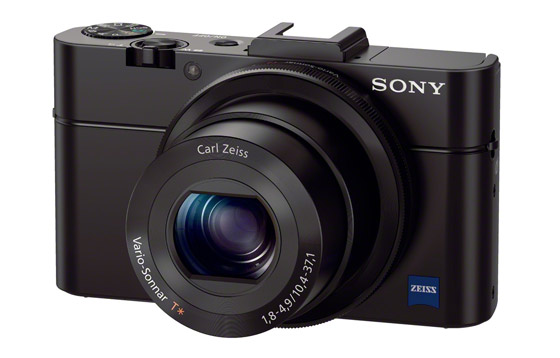 The Sony Cyber-shot RX100 II is an updated version of its much appreciated predecessor which had been released by the company last year. New features that have been granted this snapper bump its price up by $100, taking it to $750. Among these fresh additions are a few interesting ones like a new sensor, Wi-Fi and NFC connectivity options, a titling LCD and a number of other features.

The Sony Cyber-shot RX100 II carries inside it a back-illuminated Exmor R 1.0-type CMOS sensor which is claimed to possess better low-light image-capturing technology. There’s no change in the lens department however, as the same f1.8 Carl Zeiss Vario-Sonnar T* setup with 3.6x optical zoom finds its way into the camera.

The new snapper also adds support for full HD video recordings at 24fps, making it a neat fit in the hands of upcoming filmmakers. Wi-Fi on the Sony Cyber-shot RX100 II proffers potential buyers the option to wirelessly transfer content to their smartphones, tablets or PCs. And then there’s its NFC capability which allows users of Android devices to establish one-touch connections for ease of transfer and also remotely releasing the shutter.

A big update over its precursor is the camera’s Multi Interface Shoe which allows the addition of optional accessories like an electronic viewfinder, an external flash and a stereo microphone. On the other hand, the ability to connect a shutter-release remote controller to the snapper will be brought forth by a new Multi Terminal.

The 3.0-type White Magic LCD of the camera can now tilt up and down, increasing its flexibility for users. It has been stamped with the Triluminos Colour technology which further enhances its visual output.

There’s no concrete release date for the Sony Cyber-shot RX100 II that can be quoted, but the company has indeed revealed that it will be out in mid-July. Its price, as mentioned above, will be set at $750.