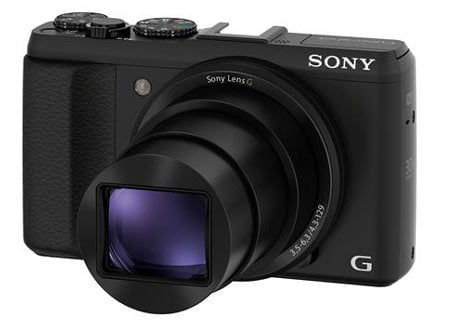 We’ve seen superzoom cameras with high magnification, but the Sony Cyber-shot HX50 has taken things a step further by offering 30x optical zoom in a compact form factor. The company claims that its latest snapper is the world’s smallest as well as lightest to offer this feature.

Complementing the high zoom capabilities of the device is built-in stabilization. The manufacturer states that users can expect high quality and detailed stills which are captured from a distance. This is achieved through the Optical SteadyShot feature. Additionally, the magnification can be increased from 30x to a maximum of 60x owing to Clear Image Zoom with minimum loss in quality.

The stabilization employed here is said to be twice as effective compared to that of the HX200V. The snapper is deployed with a 20.4MP Exmor R CMOS sensor that’s coupled with the Bionz processor which can deliver high resolution images and even decent pictures in low-light conditions. The snapper is capable of focusing on a object in just about 0.1 seconds during daylight and it can record at 10fps. 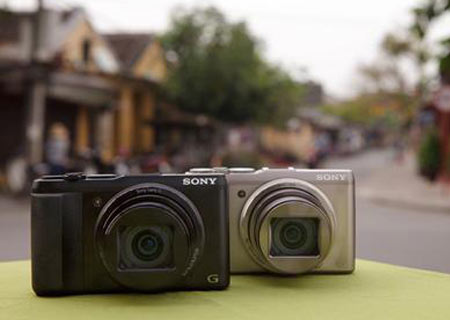 Users can expect it to deliver full HD videos as well. While capturing clips, still pictures can be conveniently taken by simply pressing the shutter button. And with Wi-Fi connectivity on-board, content can be transferred to a smartphone, tablet and PC wirelessly or even viewed on an HDTV. By installing the appropriate application, a mobile phone can be used as a remote control for snapping up images without the need of being near the camera. 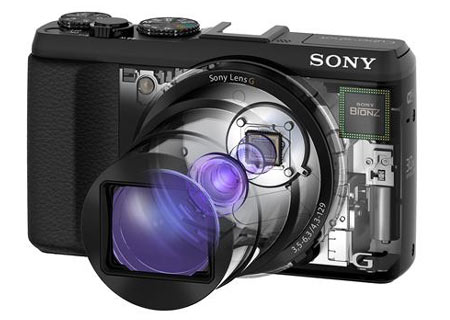 The Sony Cyber-shot HX50 is currently up for pre-order in the UK and it’s expected to be launched in Europe sometime next month.