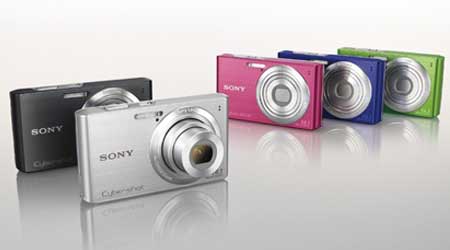 Adding to the Sony Cyber-shot range, the DSC-W610, DSC-W620 and DSC-W650 digital cameras pave their way with a feature list that includes a 360 Sweep Panorama mode for enhancing the image capturing experience. The three models boast of SteadyShot image stabilization as well as Intelligent Auto mode which takes into account the outdoor environment to auto select the required settings.

First in the line up is the DSC-W610 snapper that has been fitted with a 14.1MP Super HAD CCD image sensor and sports a 26mm equivalent lens. Besides proffering 4x optical zoom, the model comes embedded with a 2.7-inch LCD screen which also plays the role of a view finder. This point-and-shoot will be seen retailing in pink, green, blue, black and silver shades for those who like their devices all dolled up for a day out in the wild. 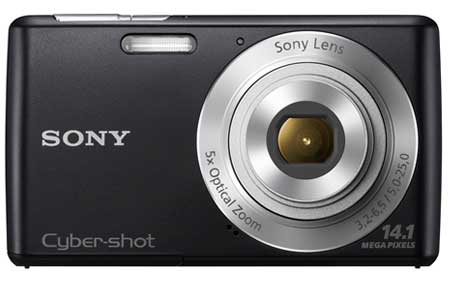 The Cyber-shot family will also be welcoming the 14.1MP DSC-W620 model which will come drenched in silver, black and red hues. While the 2.7 inch LCD screen remains the same as its counterpart, the enhancements on this device come in the form of a 28mm equivalent lens which offers 5x optical zoom. Plus, the DSC-W620 camera is also gearing to arrive with HD video recording capabilities and picture effects, both of which were absent in the former counterpart.

The next DSC-W650 camera is integrated with a 16.1 MP Super HAD CCD image sensor to snap up clear images. The device has been fitted with a 25mm equivalent lens offering 5x optical zoom. The 720p recorded videos can be viewed on the embedded 3.0-inch LCD screen. Furthermore, the images can be enhanced by employing the pre-loaded picture effects on the fly. 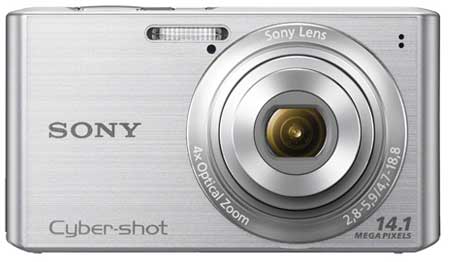