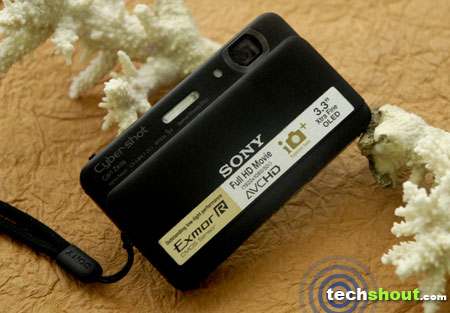 When cameras like the Sony Cyber-shot DSC-TX55 hit the market, you can be sure we’ll have it over for a review. The snapper in question is a beefed-up version of the Cyber-shot DSC-TX9, which delivered quite an impressive hands-on experience. Not only has Sony cut down on the bulk, but it also managed to squeeze in a wide variety of features that are most likely to appeal to photography buffs. Well, let’s not jump to conclusions here – this super slim snapper has to yet prove itself. And like always, we’re curious to know whether all that’s advertised will actually be worth the price tag affixed to the camera. 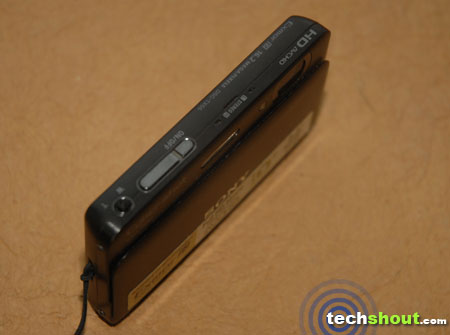 Over time, we’ve seen bulky devices come in rather compact packages and slim ones in boxes big enough to accommodate 10 units of the same. So what wrapping did the Sony Cyber-shot DSC-TX55 review unit come in? Take a wild guess. Along with the camera, we dug out quite a few things such as the CD-ROM, warranty details, a memory card, a wrist strap, a stylus pen, a few brochures, a quick start guide, an AC USB adapter and a wall charger as well as a multi USB cable; nothing out of the ordinary. We also found a full-sized HDMI cable, when the box specifies a micro-HMDI cable is included. It’s either that the company dropped in the wrong wire or we’re missing a full-sized HDMI to micro-HDMI converter. 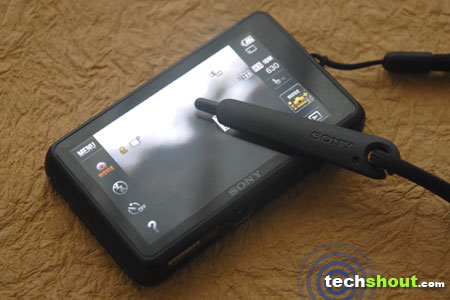 At just 12.2mm thick, the DSC-TX55 is a tad bulkier than most slim smartphones. And that means it can smoothly slide in or out of pockets. The camera places itself as an ideal travel companion, not only because of its extremely sleek design, but also the wide catalog of offerings it tows along. Drenched in black, the snapper weighs just about 94 grams and is no bigger than an average-sized palm. It’s basically 92.9mm X 54.4mm X 13.2mm in terms of dimension. The battery and memory card add a bit more to its overall mass, though a few extra grams aren’t going to weigh you down. One thing’s for sure, Sony has dressed its Cyber-shot to impress. 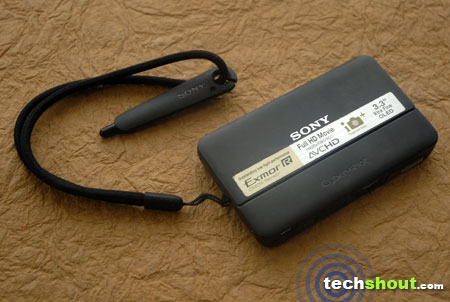 Just like any digital camera, the Sony Cyber-shot DSC-TX55 flaunts a rectangular-shaped build and is coated with a smooth non-glossy surface. On its front rests the lens cover that slides down to uncover the flash and the 16.2MP Exmor R CMOS sensor from Carl Zeiss. The stereo speakers, power button, camera key and zoom controls are allocated to the top section, whilst the USB port, the mini-HDMI socket as well as the compartment which conceals the battery and microSD card slot can be found on the lower area. If we haven’t already mentioned, buttons are kept to a minimum here. And to maintain that, the camera boasts of a 3.3-inch XtraFine OLED touch display. Where specifications are concerned, the 16.2MP Vario-Tessar lens houses a 4.7mm to 23.5mm focal length, 5x optical zoom, 10x zoom with the Clear Image technology and the Bionz imaging processor that’s backed by the Optical SteadyShot intelligence. The last mentioned is an anti-shake technology which can apparently compensate for a shivery hand to deliver relatively smooth footage. 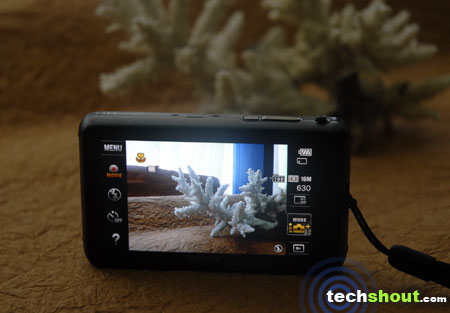 It’s all about getting the right angles:

To put it all in a single line, the images we managed to capture through the Sony Cyber-shot DSC-TX55 are top-notch in all aspects. Even at 5x optical zoom, the clarity is well maintained with minimum loss in pixels. Most of all, we enjoyed playing around with the 7 picture effects incorporated within the camera. And the 3D mode along with the Miniature Color, HDR Painting and Partial Color tools in particular, kept us occupied for a while. The only downside is that these special effects tend to lose their fizz over time. If you were to ask us, the Intelligent Auto and Superior Auto modes are amongst the best choices for capturing photos, especially if you’re not the type who prefers making minor adjustments. 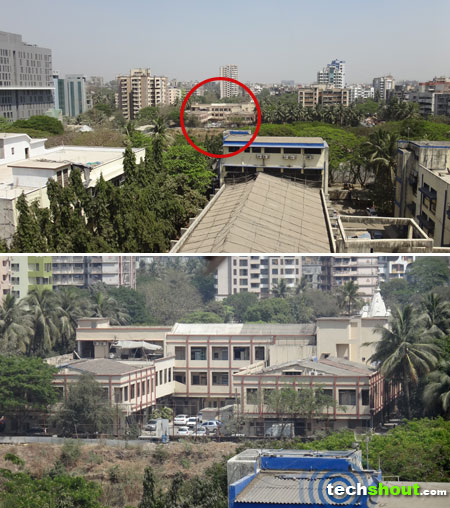 Besides focusing on capturing stills in various modes, we also had a go at movie recording. Videos in AVCHD format appear crisp and clear on the snapper’s 3.3-inch display and the playback is smooth even on our PC monitors. Just as advertised, the Optical SteadyShot technology does indeed reduce shakiness in videos. The clips we took with the feature enabled and disabled clearly pointed that out. The proposed battery life is estimated to last for either 250 shots or 120 minutes in recording. We managed to get the battery half-way down after snapping up a total of 100 sample pictures in various modes and a couple of 2- to 3-minute full HD clips.

Even at full 10x digital zoom, the images we captured were quite clear and barely pixilated, courtesy of the Clear Image Zoom technology.

The extremely sleek design is definitely appealing, not to forget the many features the camera has to offer.

The interface is highly user-friendly and accessing options is really a no-brainer.

The 3.3-inch OLED touch panel isn’t responsive enough and things can get pretty annoying with the stylus (Paint) pen.

Operating the zoom control isn’t quite an easy task. Instead of one which needs to be pushed either left or right, simple press-buttons could have made things more convenient.

On the aesthetics and feature fronts, the Sony Cyber-shot DSC-TX55 is built almost to perfection. We wouldn’t ask for much more, though a few changes could make it an ideal pick. The hours we spent fiddling and playing around with its functions were all worthwhile. Cutting it short, this Sony offering is something we’d consider having in our pockets for all kinds of occasions including parties and road trips. It truly deserves an 8.6 out of 10 rating. If you plan on picking up a unit, the camera’s price in the U.S. amounts to $299.99, whereas potential users in India can lay hands on this sleek snapper for Rs. 19,990.