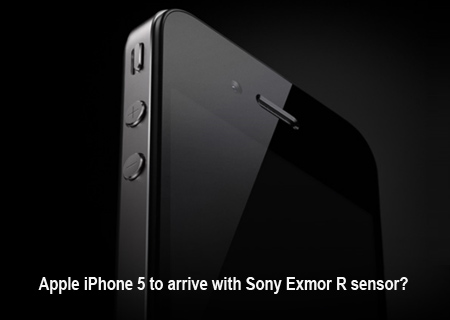 As sure as the sun will rise, an iPhone 5 obviously has to follow an iPhone 4. We know it’s getting closer to Apple’s ritual of launching the device in summer when rumors start hitting us with full force. The latest tidbit about the iPhone 5 incorporating a Sony camera sensor can probably be put down to more than gossip though.

9To5Mac reports that the slip came from Howard Stringer as he spoke with Wall Street Journal’s Walt Mossberg. The Sony CEO started talking about the company’s camera image sensor facility in Sendai, Japan being struck by the recent tsunami and earthquake. Apparently, the inadvertent flow of information also hinted at consequential delays in dispatching sensors to companies like Apple.

Sony’s best sensors are touted to be engineered in one of their factories located in the disaster-affected area and the manufactured components will seemingly reach Apple for the iPhone and iPad devices. Although an 8MP camera hasn’t been mentioned, we can’t think of why Apple wouldn’t want to consider relatively high resolution Exmor R sensors from Sony.

Just as expected, the concerned companies haven’t deigned to disprove or confirm the story as yet. With the leaked snapshot of the seventh-generation iPod nano supposedly sporting a hole for an image sensor, this is not the first bit of camera news for ‘iDevices’ we’ve been picking up lately.