Sony working on a 6.1-inch KitKat based device for budget markets

We’ve already got an extensive list of devices Sony plans to launch at the upcoming IFA 2014 and it looks like a new 6.1-inch handset could be joining the roster. A new leak suggests that the Japanese conglomerate is working on a phablet which has been spotted under multiple model numbers such as D2202, D2212 and D2203.

Now, you’re probably expecting this new phablet to be a beefy one and the successor to the Z Ultra. Well, we’re sorry to disappoint – The 6.1-inch Sony handset will be an entry-level device and fall somewhere between the Xperia E1 and M2 where specs are concerned. 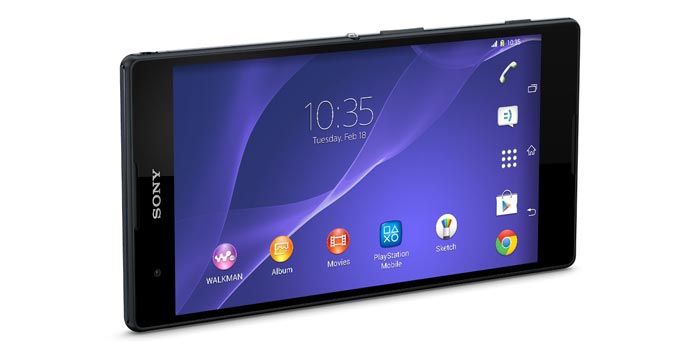 The guys over at Xperia Blog have spotted the D2203 handset on GFXBench where a good deal of features and specification has been revealed. For a 6.1-inch device, it’s very disappointing to see that it’ll house an FWVGA (854 x 480 pixel) display and while the RAM is acceptable at 1GB, the internal storage appears to be just 4GB.

On the upside, the new Sony handset will be powered by a Snapdragon 400 SOC clocked at 1.2GHz and run on Android 4.4.2 KitKat. The device will also sport a VGA front camera and a 5MP rear snapper with QHD (2K) video recording which we’re pretty sure is an error. NFC connectivity will be onboard and there’s no mention of 4G LTE support.

Considering the specs, the 6.1-inch Sony D2203 will most likely be release in Asia as a highly affordable Android phablet. Here’s a list of devices we expect to see at the IFA 2014 next month from the Japanese OEM.