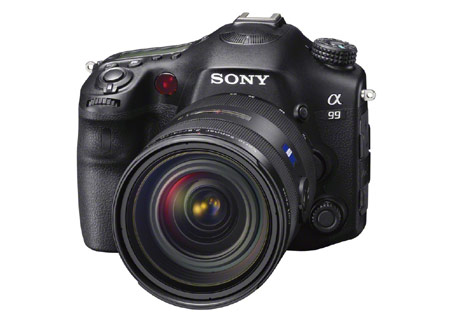 The Sony Alpha A99 is the company’s flagship DLSR which debuts a dual AF system and a few professional video features. The device carries along Translucent Mirror Technology as well as a full-frame Exmor CMOS sensor with 24.3 effective megapixels. We recently saw the same sensor squeezed into the Cyber-shot RX1, which got its exact price and release date mentioned.

The A99 has a total of 19 sensors and a new AF range control function. It is built into a magnesium alloy body that is both tough and light, and it comes with a redone Quick Navi Pro interface. Then there is the Bionz processing engine which boosts the ISO range to 9 stops from ISO 50 to ISO 25,600. The processing power lent by this engine allows the camera to capture images in full resolution at up to 6 frames per second. When capturing moving objects, the new AF-D continuous autofocus mode comes in handy.

The DSLR even suits the needs of videographers and movie-makers meeting AVCHD version 2.0 specifications. Besides, real-time video output is available in full HD via HDMI and users can record using both the provided media slots thanks to uninterrupted ‘dual-card’ recording. A nice feature is the optional vertical grip which houses up to three batteries. The thing about this is that it lets users continue to capture video with an on-the-fly switch out. 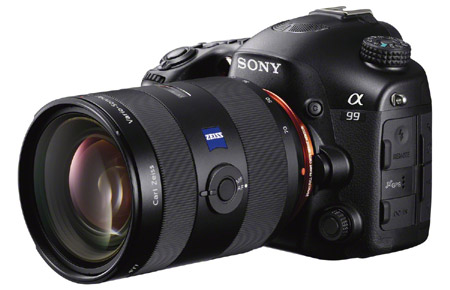 The camera is also resistant to moisture and dust and comes with a variety of other high-end features. And since it weighs 733g without the lens and batteries, Sony has given it the tag of the world’s lightest 35mm full-frame interchangeable-lens digital camera.

The exact release date for the Sony Alpha A99 has not been mentioned, but it will be released in Europe in early November. Its US price is spelled out on Amazon in the region of $2800.