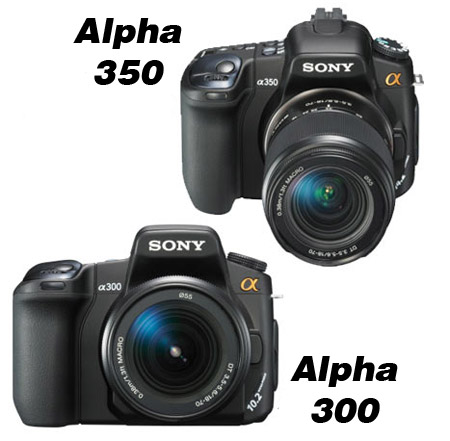 It’s the camera launch period once again. Sony has introduced two new DSLR cameras- the Alpha 300 and the Alpha 350. These two cameras were announced at PMA 2008.

The Sony Alpha 300 DSLR is a 10.2 mega pixel camera which is powered by Sony’s Bionz image-processing engine.

More importantly, Sony claims that the Alpha 300 series of DSLR cameras feature a screen that never blinks off in burst mode.

The second camera unveiled by Sony is the Alpha 350, which happens to be the advanced version of the Alpha 300 DSLR camera. Thus, it includes most of the features of the Alpha 300. The only feature that seems to be different in the Alpha 350 is that it is a 14.2 mega pixel camera.