Sony’s new flagship lineup goes official next week and while there are leaks on every possible device in the new range already doing the round, the company itself has contributed to the pool by revealing the Xperia Z4 Tablet ahead of launch. The upcoming slate was listed on the official Xperia Lounge application which comes preloaded on all new Xperia phones.

The leak doesn’t say much about the Sony Xperia Z4 Tablet, but various key features have been disclosed. What’s more, we’ve also gotten a good look at the slate since an image was posted along with the teaser. According to the information available, the upcoming device will feature ‘the latest ultra fast processor’ and ‘industry leading battery performance.’ 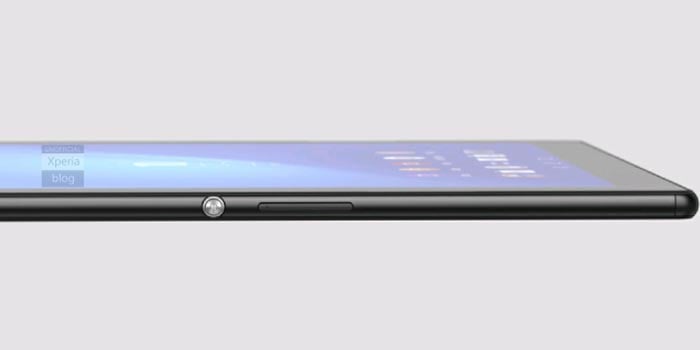 The former part can easily be attributed to the Snapdragon 810 which is the best option available from Qualcomm, while the battery capacity could be 6000mAh and above. It’s also confirmed that the Sony device will sport a 2K display which will continue to be of 10.1 inches. Design-wise, the slate looks to be extremely slim and it’s also lightweight.

A premium look is what you can expect and we could see the Xperia Z4 Tablet flaunt slimmer bezels like that of the Z3 Tablet Compact. The aforementioned information is spot on with what a previous report disclosed. The leak also mentioned that there will be an 8MP front camera, a 13MP rear shooter and 4GB of RAM.

Xperia Blog notes that the Sony Xperia Z4 Tablet is also confirmed for launch at the MWC 2015 next week. A successor to the Xperia C3 and a new addition in the Xperia M series are also expected to go official at the event.