Sonic the Hedgehog speeds to the iPod 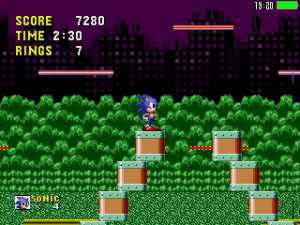 Everybody’s favorite blue hedgehog has now hit Apple iPods. Sega of America has announced that Sonic The Hedgehog is now available for play on the new iPod nano with video, the iPod classic and the fifth generation iPod too.

Sonic The Hedgehog was first introduced in 1991 and has since become one of the most popular video game franchises to date.

According to Simon Jeffery, President and COO of SEGA of America, “Sonic The Hedgehog is one of the most beloved video game characters of all time.”

Sonic has been designed particularly for the iPod and is now available on the 22 iTunes Stores worldwide. iTunes customers will be able to buy the game or even gift it to others via iTunes itself.

“And with the installed base that iPod enjoys Sonic now becomes available to a whole new group of casual and hardcore gamers just in the time for the holidays,” he added.

Sonic the Hedgehog can be purchased for iPods from the iTunes Stores for a price of $4.99.