Solar System Similar to Ours, Discovered by Scientists 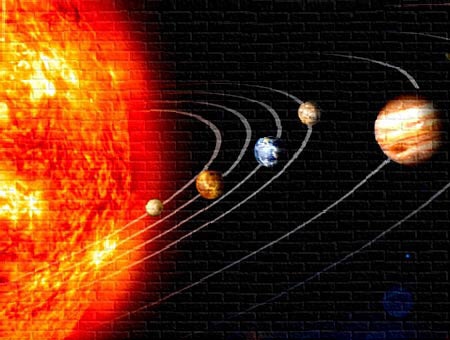 Now scientists have discovered a solar system which they say is very similar to ours. The planetary system is orbiting the OGLE-2006-BLG-109L, which is somewhat half the size of the Sun. This newly discovered solar system is about five thousand light-years away and is compact from our solar system. Dr. Martin Dominik is a researcher with the St Andrews University in the United Kingdom. He informed that scientists are on the threshold of finding more solar systems like us.

Dr. Martin Dominik explained, “We found a system with two planets that take the roles of Jupiter and Saturn in our Solar System. These two planets have a similar mass ratio and similar orbital radius and a similar orbital period. It looks like this may have formed in a similar way to our Solar System. And if this is the case, it looks like (our) Solar System cannot be unique in the Universe. There should be other similar systems out there which could host terrestrial planets.”

He has presented the new findings to the Royal Astronomical Society’s National Astronomy Meeting, which has been held in Belfast. Many researchers are happy with these findings as it is rare to find a solar system that has more than one planet. Dr. Dominik pointed out that the limited techniques used currently are a barrier but he is very confident that their aim of finding habitable planets that are similar to Earth will be achievable as the technology is improving continually.