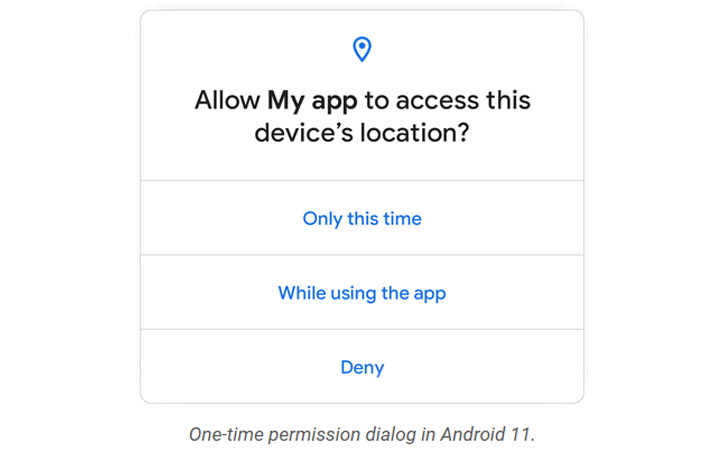 Google decided to surprise everyone this week by making available the Android R or Android 11 Developer Preview. While the stable launch of the OS is expected by August 2020 at least, a beta version of the software should be released to the general public at Google’s annual I/O conference in May.

This first preview is out for testing on the Pixel 2, Pixel 2 XL, Pixel 3, Pixel 3 XL, Pixel 3a, Pixel 3a XL, Pixel 4 and Pixel 4 XL smartphones. Other device manufacturers might have to wait until May to lay their paws on it, unless of course Google dumps more previews before that.

Double-tap gesture support – As mentioned in our previous post about the upcoming Pixel 5 handset, the new OS is likely to enable users to launch certain functions with a quick double-tap gesture on their device’s rear panel. This is expected to be limited to the Pixel series, and not extended to all Android phones.

Improved app permissions – Catering to widespread calls for implementing better safeguards on consumer data, just like in iOS, Android 11 will also offer users the option to grant apps temporary access to their location, camera and microphone through one-time permissions.

Reverse charging – Again a capability in Android 11 that is supposedly aimed at Pixel devices, Google appears to have built in support for reverse wireless charging – which means Pixel phones may be able to provide power to compatible gadgets like earphones, smartwatches, handsets and more.

Support for different types of screens – Android device makers have been tinkering with various kinds of display styles lately. The APIs in Google’s developer preview release will allow apps to be optimized for waterfall (curved) and pinhole-type screens too.

Better conversations – Android 11 also brings with a floating bubbles function that will let users continue their chats in different apps while multi-tasking on their phone. The notifications area will also display a dedicated conversations section to let folks easily keep track of their chats.

Here’s the link to the official blog post announcing all the software updates accessible through Google’s Android 11 Developer Preview.