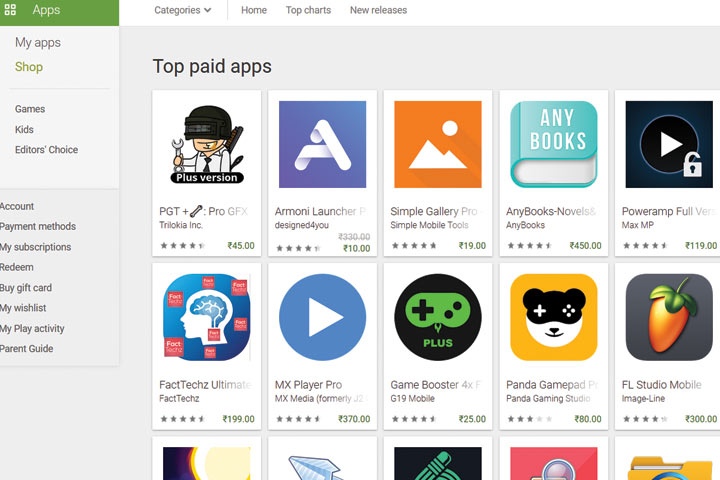 Facing intense criticism over its Play Store billing policy, Google on Monday said it has extended the time for developers in India who use alternative payment system, to integrate with the Play Store billing system till March 31, 2022, thus deferring the enforcement of 30 per cent commission on in-app purchases of digital goods from its Play Store in the country.

As the announcement came, leading digital payments platform Paytm that is involved in a stand-off with Google, launched an Android Mini App Store to support local developers take their innovative products to the masses.

Google said that deferring the enforcement of the Play Store fee is to ensure that the Indian developers have “enough time to implement the UPI for subscription payment option that will be made available on Google Play”.

The tech giant said it would also set up listening sessions with the leading Indian startups to understand their concerns more deeply.

“We will be setting up policy workshops to help clear any additional questions about our Play Store policies,” Purnima Kochikar, Director of Business Development, Games & Applications, Google Play, said in a blog post.

The developers and payment gateway players have criticized the new Google in-app purchase policies where those using Play Store to sell digital services will be required to use the tech giant’s own built-in payment system.

“Just because Google owns the gate and the gateway to the digital ecosystem of this country, they should not act arbitrarily and enforce their rules and regulations which are contrary to our country’s laws,” said Vishwas Patel, Founder, CCAvenues and Chairman, Payments Council of India.

“Also, they cannot force Indian apps developers/owners selling digital services to compulsorily use the Google Billing and payment system and charge 30 per cent MDR,” he added.

According to Kochikar, the Google Play payments policy is not new.

According to the Internet and Mobile Association of India (IAMAI), prima Facie, Google’s move, even if legal, is certainly not innocuous.

“For many founders of Indian start-ups, this brings back fears of the not so old deeply problematic revenue share model between VAS service providers (mainly digital goods) and telcos,” the IAMAI said last week.

Amid the brouhaha, Paytm said it will provide listing and distribution of mini-apps within its app without any charges.

For payments, developers will be able to give a choice of Paytm Wallet, Paytm Payments Bank, UPI, net-banking and Cards to their users.

“Paytm Mini App Store empowers our young Indian developers to leverage our reach and payments to build new innovative services. For Paytm users, it will be a seamless experience that doesn’t require any separate download and enables them to use their preferred payment option,” said Vijay Shekhar Sharma, Founder and CEO, Paytm.

The company provides Paytm wallet, Paytm Payments Bank account and UPI at zero charges and levies a 2 per cent charge for other instruments like credit cards.

Google recently pulled the Paytm app from the Play Store for not complying with its gambling policies.

Paytm alleged that it was “arm-twisted” by the search engine major to comply with what it called “biased Play Store policies that are meant to artificially create Google’s market dominance”.

The Paytm app was restored on the Play Store after a gap of a few hours.

After a face-off with Paytm, Google also sent notices to Zomato and Swiggy for running cashback-based IPL games and both the food aggregator platforms decided to pause their virtual gaming leagues.