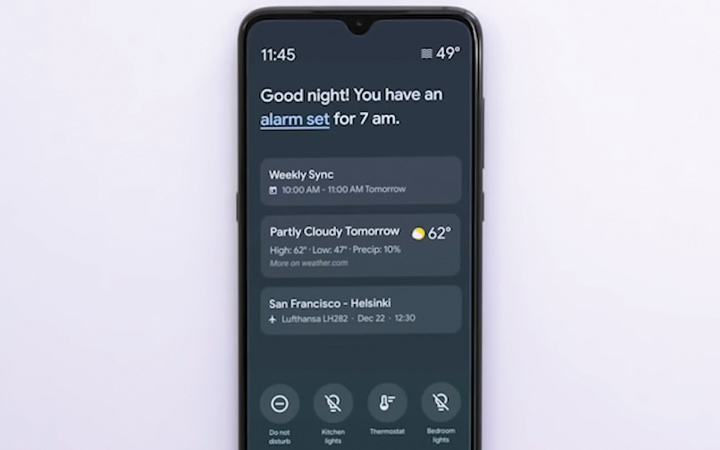 Google’s quietly rolled out its Ambient Mode for Assistant – which turns an Android device into a smart display while it’s charging.

The company says it will launch soon, beginning with a number of select devices that run Android 8.0 operating system (OS) or above.

The tech giant had initially announced the Ambient Mode in September and said it was coming to the Lenovo Smart Tab M8 HD and Smart Tab tablets, the Nokia 7.2 and 6.2 smartphones.

“The new ambient mode shows a quick greeting message at the top, followed by your calendar, weather, upcoming flights, and notifications.

“Below that is a quick settings section that shows things like a do-not-disturb toggle and smart home controls for lights and thermostats. There’s also a photo frame mode.”

“It looks like a handy screen that could pop up when you’re just charging your phone before bed,” ARS Techica reported on Tuesday.

The Ambient Mode is reportedly going to be rolled out for Sony, Transsion and Xiaomi smartphones too. Surprisingly, Google’s own Pixel line up of smartphones is not on the company’s list yet.