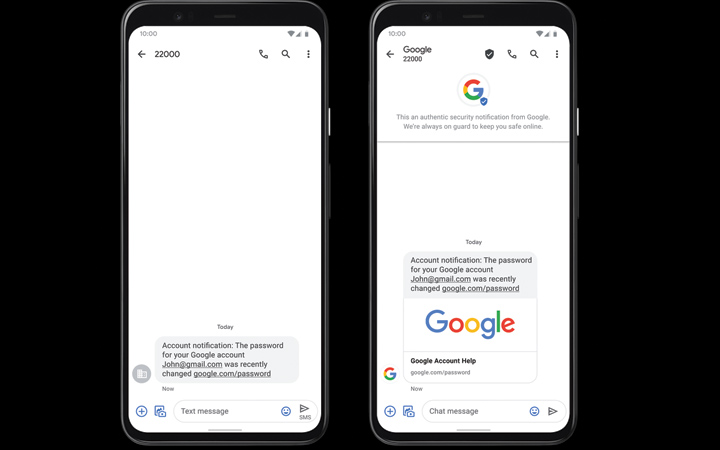 Google has introduced a spam protection feature in its Messages app for Android users who will now get a warning about spam texts.

“With Spam protection for Messages, we warn you of suspected spam and unsafe websites we’ve detected. If you see a suspected spam warning in Messages you can help us improve our spam models by letting us know if it’s spam or not,” Google said in a statement late Thursday.

Along with reporting spam texts, Google said, you’ll also be able to block the entire conversation too.

“With real-time spam detection, Messages makes chatting easier and safer. This feature works with your message data while keeping your messages private. And it’s optional, so you’re in control,” said Google.

Messages tries to detect suspected spam and lets you block and report spammers.

If you see a suspected spam warning in Messages, you can let Google know if it’s spam or not by tapping “Report spam” or “Report not spam”.

“When Spam protection is on, Google temporarily stores the phone numbers of received and sent messages for numbers that aren’t in your contacts. This helps Google identify spammers,” said the company.

This data is not linked to you or to identifiers like your name or phone number, which means Google doesn’t know who you’re messaging.

Your message content is not seen or stored by Google as part of this feature, the company added.