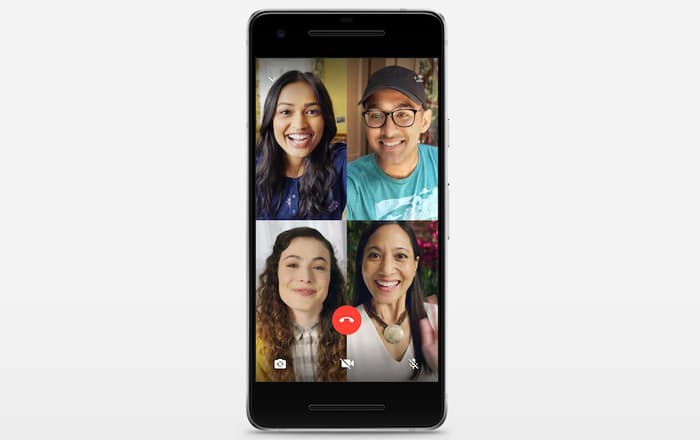 WhatsApp’s group calling feature for voice and video calls has finally become official after months of rumors and beta testing. Both iPhone and Android users are now receiving the update.

Facebook actually announced WhatsApp group calling all the way back in February 2018 at its F8 conference. It began arriving in iPhones and Windows Phones last month, albeit on a very small scale. Meanwhile, the tool has stuck around the Android beta build all this time.

How To Use WhatsApp Group Calling

As expected, you’ll be able to chat with up to 4 people at once during a group video call. This is a bit low compared to Facebook Messenger (50) and Apple’s FaceTime (32), but it’s better than nothing. Perhaps WhatsApp will allow more people to join in with a future update, but for now, 4 is the limit.

Starting a group chat is as simple as starting a normal voice/video conversation. First, you start a one-on-one chat with a contact. Next, you tap on the new Add Person button at the top-right corner. You can then repeat this process up to 2 more times for a maximum of 4 people.

It would be nice if WhatsApp allowed you to select all the participants at once instead of calling them separately one by one. A single button to invite everyone in a group to a voice or video chat would be useful as well.

WhatsApp claims its users spend over 2 billion minutes calling each other on a daily basis. It’s promising to keep their conversations safe by implementing end-to-end encryption for both single and group calling. The company says it’s designed the latter to work reliably anywhere in the world even in challenging network conditions.

You can download WhatsApp for iPhone via the App Store and WhatsApp for Android via the Play Store. Windows Phone didn’t get a mention in its official announcement, but the OS is probably getting support for group calling as well.