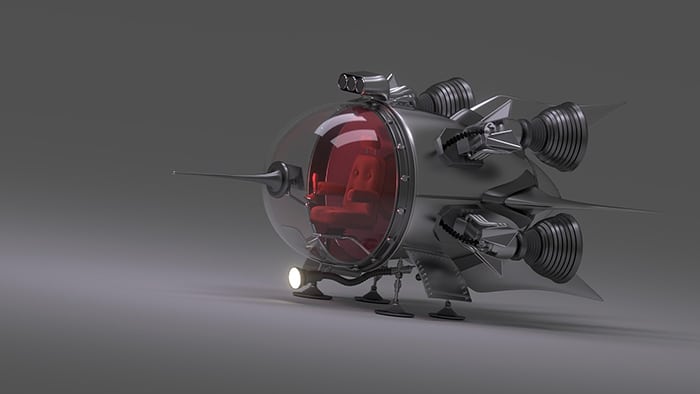 In the past few years, 3D modeling has grown into something big. Now, 3D modeling is used for a variety of industries and hobbies around the world, and more people than ever before are learning how to 3D model. Learning how to create 3D models isn’t necessarily hard, but it will take patients and willingness to learn new software. Whether you’re just getting started with 3D modeling or you’re brushing up on your skills, here’s a beginner’s guide to 3D modeling.

What are 3D Models Used for?

Some of what 3D modeling is used for you probably already know, while others might surprise you. One of the biggest 3D modeling industries is video game development. If you’ve ever played a video game with 3D figures, these were created using 3D models. A similar 3D model concept is also applied in film and media. As technology improves, 3D modeling becomes a bigger resource for films using computer-generated elements.

3D modeling is also used in industries that rely on real-life statistics and figures. Architects use 3D modeling to create building structures using proper measurements and sizing. This also applies to manufacturing in which real-life objects are modeling digitally using 3D structures. This helps designers and engineers visualize a product prior to creation. 3D models can be used for testing, prototype building, or even project execution.

As you’ve probably guessed, making complex 3D models requires the right tools and software. Luckily, there are a lot of 3D modeling software options in 2018 to choose from. If you’re a beginner, you’ll probably want to start with something more basic that will help you learn the ropes of 3D modeling. One of the most popular open-source 3D modeling software is SketchUp. This is a free software that helps you learn the basics of modeling with tutorials, videos, and more.

If you want to create 3D models from existing photographs, PhotoModeler is the best choice. Click here for a photogrammetry tutorial to learn how to transform your photos into a 3D model using PhotoModeler. This is a great way to familiarize yourself with more complex 3D modeling systems and to learn an industry-leading software. The key with starting any new software is practice. There are a lot of resources to draw from which will help you learn the full ins and outs of any software.

When you’re first getting started, you’ll want to work with the basics. In 3D modeling, those basics are simply shapes and geometrics. If you’ve ever taken a basic geometry class, you already have more than enough knowledge to get started. Think of how shapes naturally fit together in space. Once you feel comfortable, you can experiment with different shapes, sizes, and angles. One of the best ways to really get a feel for 3D modeling is to use existing templates within your chosen program. Most projects are either a single element or a combination of several elements. Explore these different layers to see if you can make any alterations or changes.

3D modeling is quickly changing the way people interact with the world. As things like 3D printing and modeling become more common, this skill is becoming increasingly valuable. There is a lot to learn about 3D modeling, especially if you’re just a beginner, but luckily there are multiple resources to draw upon as you get started! The best way to learn is to simply choose a program and explore the different features! Start 3D modeling today to prepare yourself for changing industries in our technological world.