TechShout
Home Software YouTube for iPhone gets a dark mode 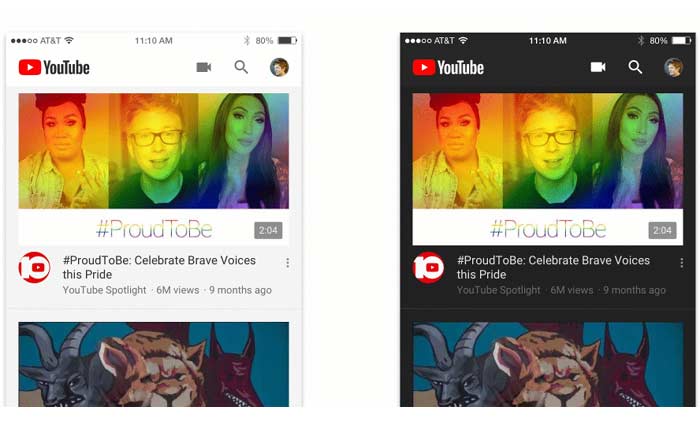 Your iPhone may not have a dark mode to protect your eyes, but that doesn’t mean apps like YouTube can’t roll out a dark theme to help you out at night. The Google-owned company is in the process of beaming out a brand new option to iOS users allowing them to switch from the light to the dark.

You might have noticed that YouTube’s desktop site already has a dark theme. It can be activated by tapping on the account icon, picking “Dark theme,” and then toggling it on or off. A similar sequence is present for the mode’s iOS version as well.

Tap on the account icon, dive into settings, and then choose “Dark theme.” YouTube doesn’t appear to have rolled it out to all iOS devices though, as we have yet to spot the feature in our iPhone. It’s only a matter of time though. Android users haven’t gotten the update at all, but they too should be receiving the option soon.

YouTube claims that dark mode has been one of its most requested features in iOS and Android ever since it announced the option for its site. The layout is pretty standard-issue, swapping out white backgrounds for black and black text for white.

You can actually enable a quasi-dark mode in your iPhone by heading into Settings > General > Accessibility > Display Accommodations > Invert Colors > Smart Invert. It achieves the same effect in the YouTube app, in addition to many others.