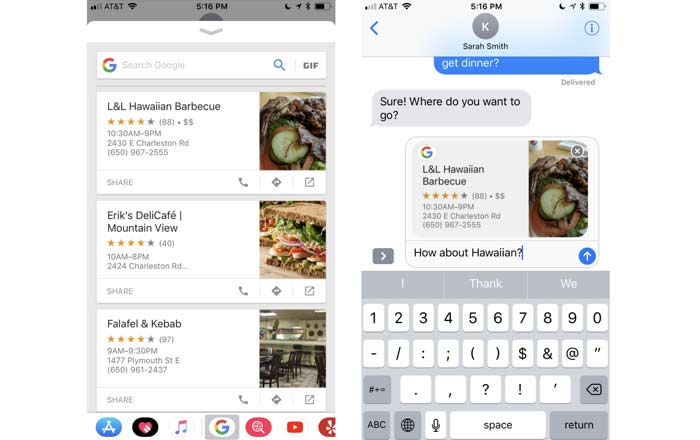 Google has wormed its way into the iMessage app on iPhones and iPads, launching a new extension right in the apps drawer. The icon automatically appears with the latest version of the Google app for iOS, so you won’t have to perform any extra steps to install it in your conversation window.

The idea is to have quicker access to Google without leaving iMessage, similar to how the brand’s Gboard keyboard works. To get started, you just have to tap on the Google icon in the apps drawer and then perform a search or hunt for GIFs.

For example, you can look for restaurants nearby and you’ll be greeted with a list of cards. Tapping on any one will redirect you to the Google Search page where you can see more details like busiest times, menus, and reviews. You can then go back and share the same card with a friend. 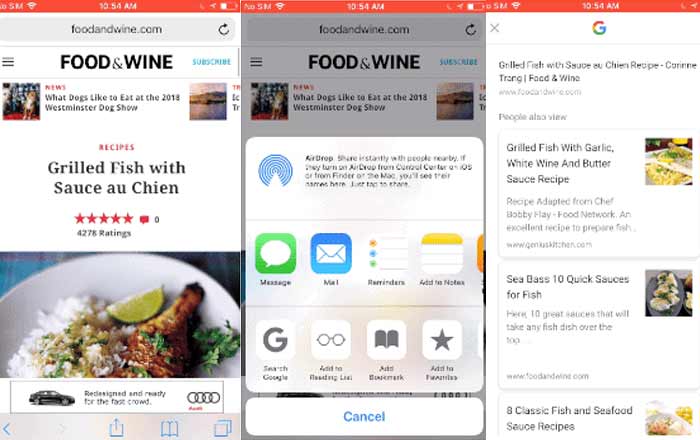 Google isn’t getting integrated with just iMessage. It’s also making its way into all the browsers installed on your iPhone, including Safari. If you tap on the share icon in any of them, there’ll be a new ‘Search Google’ option which will instantly open up a list of related content.

For example, a recipe for grilled fish will automatically generate a list of similar recipes and tips. The appeal here is that you won’t actually have to type the words ‘grilled fish’ into Google, shaving off a few precious seconds in your search time.

Google has also cooked up a feature only for all you iPad users on iOS 11. You can now utilize drag and drop to move text, images, and links to and from the Google app. This way, you can pick up a link and drag it over to iMessage or Notes in split-screen view.

You can download Google via the App Store. The iMessage extension is only accessible in the US right now, but more locations and languages are set to get added soon.