TechShout
Home Software Facebook’s getting into the dating game 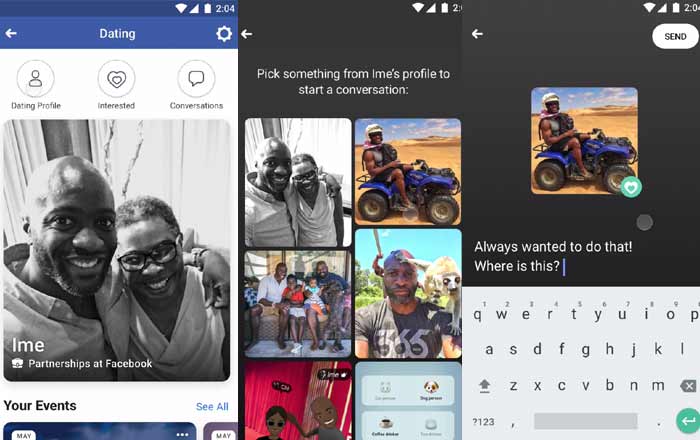 Facebook’s already got its hands on nearly every single aspect of your social existence, but it looks like that isn’t enough for the juggernaut. It’s now planning to launch a dating service right inside its app at some point later this year.

The move makes business sense for Facebook. After all, it already has millions of users who are using its platform to scope out potential dates. Instead of playing second fiddle to a middleman like Tinder which uses Facebook APIs to figure out if two people have friends in common, the company can simply do the matchmaking itself.

The timing might be off for such an announcement given the fact that the Cambridge Analytica scandal is still fresh in people’s minds. Facebook CEO Mark Zuckerberg didn’t seem to be too concerned about this when he was announcing the product at the brand’s F8 2018 conference though, talking up the fact that 1 in 3 US marriages start online.

Also Read: Facebook’s been spying on your Messenger chats

Zuckerberg also mentioned that there are apparently 200 million individuals on Facebook who list themselves as single. He intends the service to focus on long-term relationships, but whether things will shake out this way remains to be seen.

Facebook stalking is a real concern on the site, and launching a dating platform may not help matters. The firm is promising to implement some privacy rules like making people set up a separate dating profile which won’t be visible to their friends. Matches will be recommended based on preferences, shared interests, and mutual friends.

While Facebook says friends won’t be able to view a person’s dating activities, the key problem is that the company will be. The site already has a ton of information which it sells to advertisers, and it’ll get a ton more if people start sharing their romantic interests.