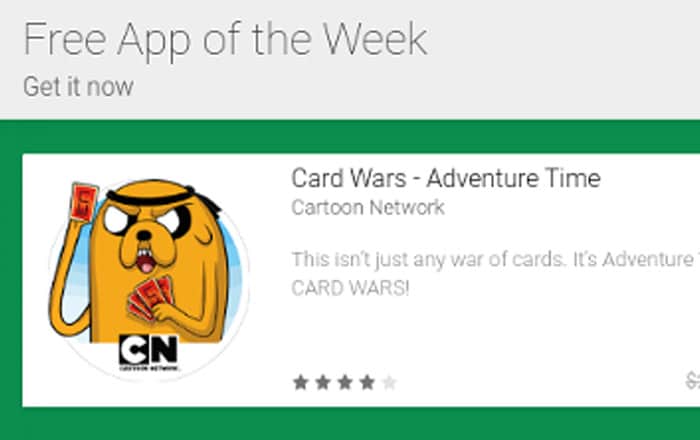 Google started allowing developers to put up their paid apps at a temporary discount or for free just over a month ago. The move was welcomed by many on the hunt for a deal. Now it seems the company is looking to make things a bit easier for them by introducing a new ‘Free App of the Week’ section to the Play Store.

Apple has an identically named section in the App Store. Like its counterpart, Google’s take on the concept will probably highlight a popular game that has gone free for a fixed period of time. The addition has made itself at home in the Apps window of the Play Store on both mobile and desktop.

The current Free App of the Week is ‘Card Wars – Adventure Time.’ The new section doesn’t appear to be present in all Play Stores across the world. It’ll likely roll out gradually, perhaps changing the free application as per the market.

Also Read: Google is retiring Gchat and replacing it with Hangouts

In related news, the Play Store is getting a slightly new look. Search results will be presented differently, providing more information about the top hit by showcasing the app’s screenshots and videos. My apps and games is also getting the revamp treatment, adding one new tab to the existing 3. 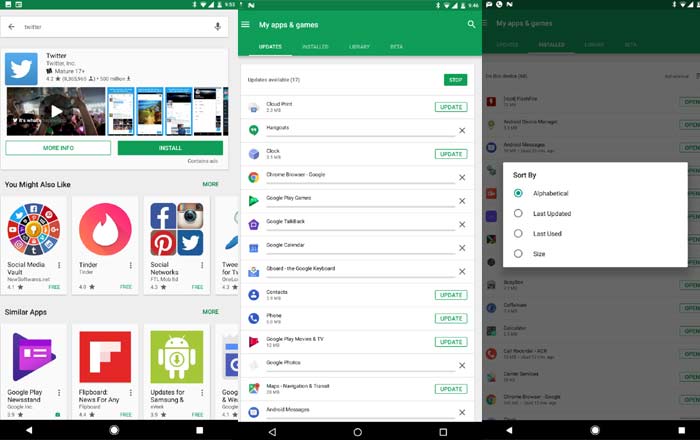 Instead of just having Installed, All, and Beta tabs, My apps will also have a new window dedicated for applications that have updates available simply dubbed Updates. The All tab has additionally been renamed to library.

Users who’ve hoping for more organizational options in the Installed and All tabs can now sort their apps according to last updated, last used, alphabetical order, and size. The changes to the Play Store are apparently rolling out slowly server-side and should reach everyone eventually.