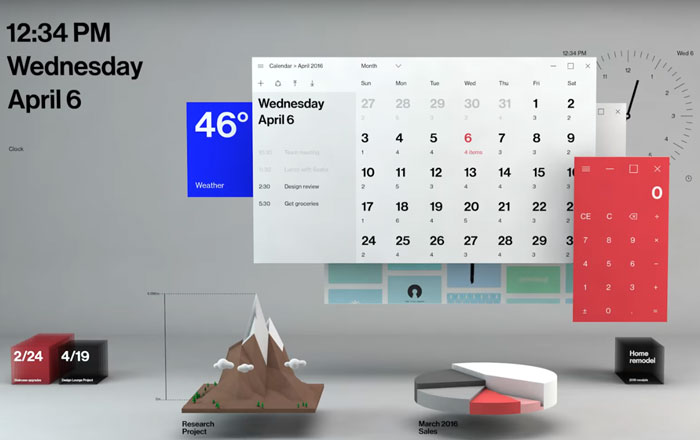 Microsoft’s making a big push towards cross-platform productivity at its Build 2017 conference, embracing iOS, Android, and even iTunes. That’s all part of its next Windows 10 Fall Creators Update which will push out to 500 million Windows 10 devices later this year.

Microsoft’s embrace of platforms other than itself is in stark contrast to what went down at its last event. That occasion saw the launch of Windows 10 S, a walled-up OS where only apps from the Windows Store can be downloaded. Perhaps that’s why it’s planning to bring iTunes on board as an app by the end of 2017.

iTunes for Windows 10 will include support for Apple Music, the iTunes Store, iPhones, and any other Apple device. The Fall Creators Update is additionally set to introduce a new Microsoft Graph tool for seamless hopping between iOS, Android and Windows. 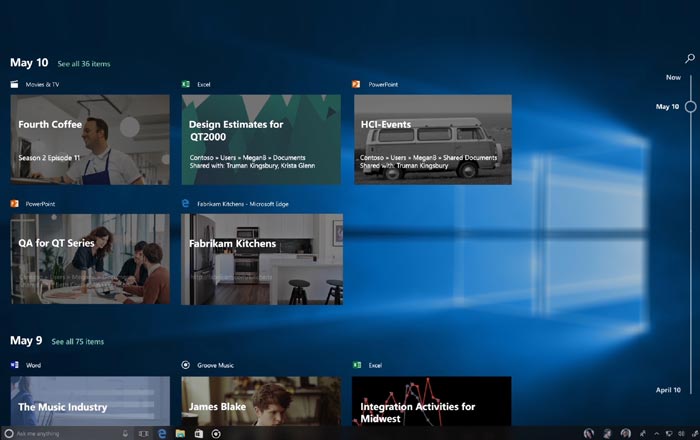 Microsoft Graph’s Timeline feature visually shows users what they were doing last, letting them go back to files, apps and websites which they were previously working on. Cortana integration means they can utilize a new Pick Up Where You Left Off ability to resume their activity across Windows, iOS and Android.

There’s also a new Clipboard tool to copy something on a PC and then paste it in a smartphone. Even OneDrive has gotten updated with a Files on Demand skill which allows people to view their files without having to actually download them. All-in-all, it sounds pretty similar to Apple’s Continuity feature.

On the technical side of things, the Fall Creators Update includes a new Fluent Design System that is meant to help developers build cross-device apps that are intuitive, harmonious, responsive, 3D-ready, and touch-optimized. Microsoft has uploaded an intriguing video of this sleek new style, and it looks to be a huge departure from its current Metro UI aesthetic.

Microsoft’s looking to add a dash of AI to video editing with a new application called Windows Story Remix. The app takes advantage of deep learning to organize images and clips into stories, complete with a soundtrack and transitions.

Finally, the Windows 10 Fall Creators Update is going to introduce Microsoft’s mixed reality platform in a big way. The company needs apps for this to work, which is why it’s announced Acer and HP-made Windows Mixed Reality Headset Developer Edition units priced at $299 and $329, respectively. The two are now up for pre-orders on the company’s site with a summer release date in mind. 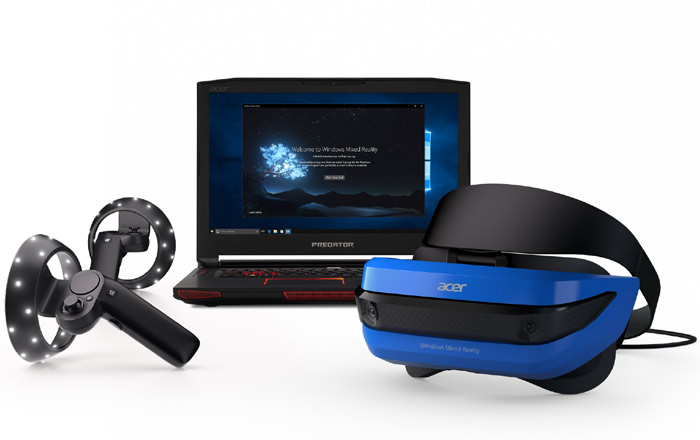 Microsoft’s also looking to make headway into the retail space with its first-ever Windows Mixed Reality motion controllers. These accessories will work in tandem with Windows Mixed Reality headsets to precisely track movement without having to install hardware markers in the surrounding space. Acer’s going to bundle both devices together at $399 and sell it this holiday season.