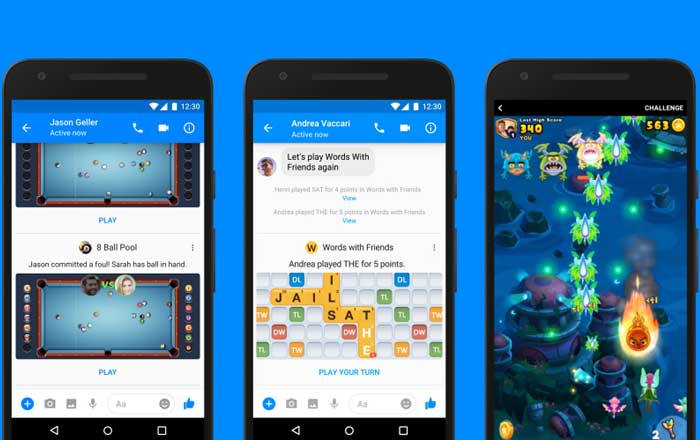 Facebook launched its Instant Games platform on Messenger back in November last year in 30 countries. It’s now decided to expand availability on a global scale to the 1.2 billion people it counts as users.

Facebook’s also bundling an update to Instant Games which allows for things like rich gameplay and Game bots. The first opens the doors to a turn-based interface rather than just a single-player one. Zynga’s Words With Friends is one of the first to take advantage of this new format, letting people play a turn and then wait for their friend to play their turn.

Facebook Messenger’s rich gameplay features can additionally showcase leaderboard data and display customizable messages while a game is in progress. As for the Game bots, they’re meant to encourage people to get back to playing games by pointing out new levels or rewards and fostering an environment of competition by highlighting leaderboard changes.

Blackstorm’s popular EverWing is at the forefront of using Game bots to robotically communicate with players. Overall, Facebook has launched nearly 50 titles on Instant Games including Pac-Man, Endless Lake, 2020 Connect, Hex, and Arkanoid.It plans to add more every week, noting that Miniclip’s 8 Ball Pool is coming to the platform very soon.

The revamped Instant Games is set to roll out to users over the course of the next few weeks for both iOS and Android. You can download Facebook Messenger via the Play Store or App Store.