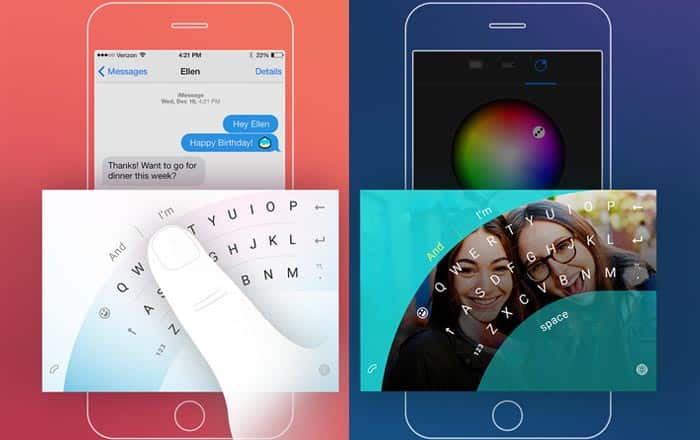 Microsoft has launched its Word Flow keyboard app for iOS in its continued bid to expand its cross-platform influence. The nifty app was initially developed for the brand’s own Windows Phone and has been in beta testing for Apple’s OS for about a month now.

Microsoft Word Flow does what a lot of other keyboard apps can do including things like predicting words, correcting mistakes, swiping support, and guessing the names of people based on your contacts. The tool is set apart from competitors by virtue of its unique arc-shaped keyboard which kicks in once the one-handed mode gets activated.

The feature could prove to be a boon for consumers using larger phones like the iPhone 6 Plus or iPhone 6S Plus, with the ergonomic curve apparently making it easier to reach keys. Word Flow also goes one step further and allows users to personalize the keyboard, a much-missed feature in the default Apple keyboard.

Microsoft has stuffed the app with a number of free background images and promised to add new ones on a regular basis. Consumers can even opt to insert their own photos as a backdrop for the keyboard. The tool was developed by the tech giant’s experimental Garage division and is unfortunately only available for individuals staying in the US as of now.

Microsoft has been paying a lot of attention to keyboard apps recently, what with its acquisition of London-based SwiftKey a few months ago for $250 million. It’s planning to incorporate the latter’s features into Word Flow in the future, though it declined to clearly state what specific functions it would introduce.

You can download the Microsoft Word Flow app for free via iTunes.