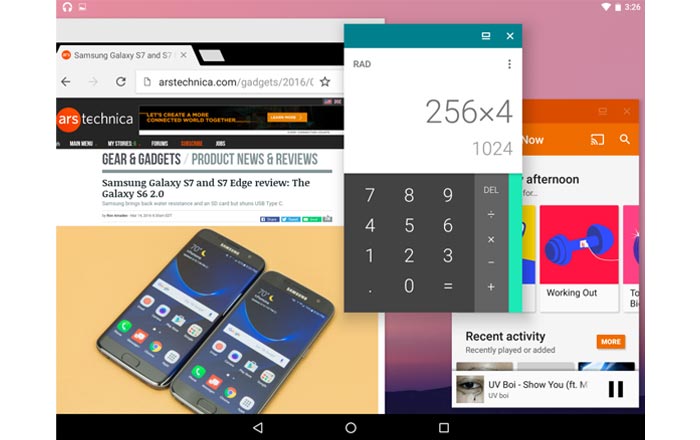 We’re all for new hidden features in operating systems, and Android N is hiding something that could really be a game changer. Clues of a freeform window mode had been spotted in the developer preview of the operating system, but it has now been actually enabled by someone, giving us a good look at how it works.

This allows users of Android smartphones and tablets to have their apps running in resizable windows just like desktop operating systems. This is different from the already available split-screen mode which allows just two apps to run at a time and that too, without the ability to snap them into freeform windows.

Ars Technica has managed to get this feature up and running on one of its tablets, thanks to a method provided by one of its readers. This process is extremely complicated so we don’t recommend you try it, but in case you’re up for it, hit the source link down below.

At the moment, when you hit the Recent Apps button in Android N, you are able to long-press an app’s header to have it turn into a split-screen window. But once the freeform windows mode is enabled, each app in the Recent Apps menu will have a square icon on it which will turn it into a proper window.

The important part is that these windows exist in a different environment and not on your usual homescreen; so you aren’t able to access your normal app icons here. Once you press the Recent Apps button again, the whole bunch of windowed apps gets treated as a single entity, letting you add more apps to it by tapping the above mentioned square button or opening a different app altogether and getting back to your windowed apps later. 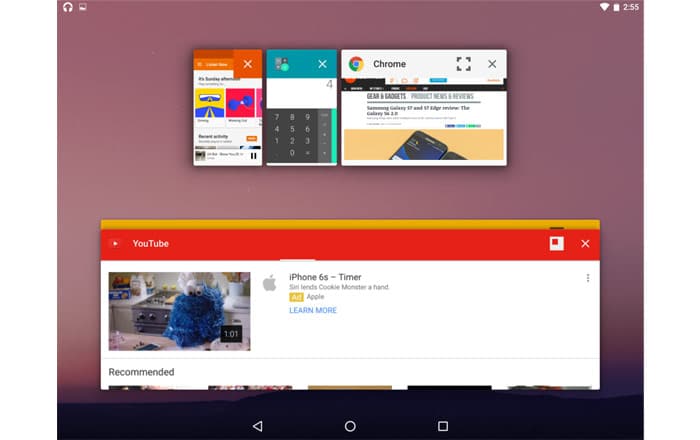 The fact that Google has hidden this feature so deep into Android N tells us that it may not end up making its way into the final release of the software this summer. But there’s no harm in hoping for the best.