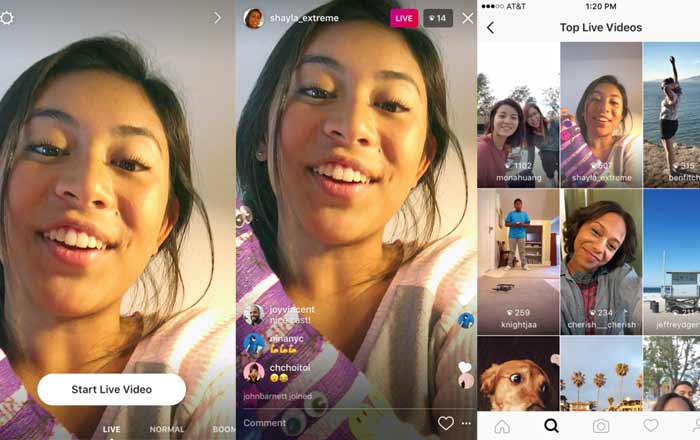 Instagram’s officially begun rolling out the heavily leaked live videos feature along with a brand new disappearing images and videos tool in direct messages. The new additions mark the latest attempt by the company to compete with Snapchat head-on by integrating the latter’s ephemeral appeal.

Diving into live videos first, the function will now appear in Instagram’s Stories section. Unlike other broadcasting options, the app’s take on live videos makes sure the footage gets wiped out the moment you’re done recording. It’s hoping this makes you more comfortable sharing anything since there won’t be an option to play the footage later.

The limitation may even serve to drive up views since the video will only be available while it’s being recorded. To get started, you’ll have to swipe right from Instagram’s feed to kickstart the camera and tap the ‘Start Live Video’ button. You can record for a maximum of 1 hour and choose whether to activate comments.

Your friends might get a notification when you go live. If someone you follow is starting their own live story their profile photo will have a ‘Live’ stamp on it. You’ll also be able to check out other live stories in the Explore tab under the Top Live section. The feature is set to be beamed out over the course of the next few weeks. 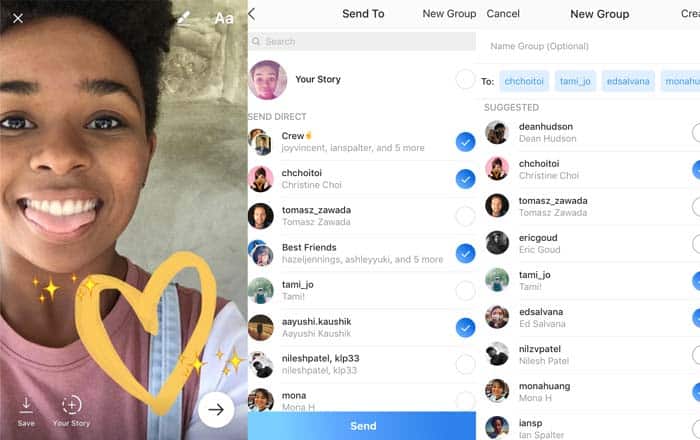 The next big change for Instagrammers is vanishing photos and videos. The add-on applies to Instagram Direct which has apparently seen its user base grow from 80 million to 300 million since it was released last year. After shooting a picture or video, you can tap the arrow to send it to friends or groups privately.

The media disappears the moment they see it. You’ll additionally be notified if it gets replayed or if someone takes a screenshot. There’s also new paper airplane icon located at the top right corner to open your inbox. The ephemeral content will be presented in a bar at the top and are marked by blue rings.

Disappearing media is currently being rolled out worldwide. You can download Instagram via the App Store or Play Store.