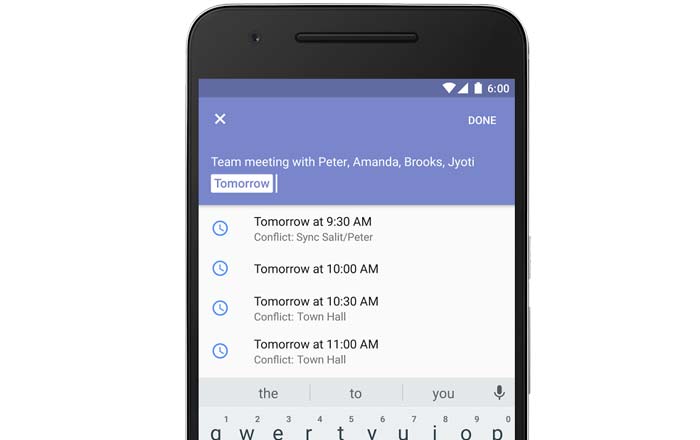 A new Google Calendar update is live now, and has been blessed with a feature that lets you see the exact time slots during which you can schedule a meeting. This neat attribute takes away the need for you to sift through all your events to find out for yourself when you can schedule a new one.

A similar feature called ‘Find a time’ was launched not too long ago for Google Calendar users with Apps or Education accounts. It allowed them to not only schedule events based on when they are free, but also based on when the other people participating in the meetings are free.

The second part could have been a great addition for regular Google Calendar users as well, but this could have resulted in privacy breach which is most probably why the makers have decided to leave it out. This new feature is available through v5.5.7 of the app that is being rolled out gradually via the Play store right now.

Also read: Google Calendar gets back its much pined for month view on Android

Google Calendar has been getting a steady stream of useful features lately. The most prominent one among them was definitely the ability to set reminders right from within the app. Moreover, the calendar also has the ability to sync reminders set from Google Now as well as Keep, providing a hub for all your alerts.

Calendar even allows you to set goals for particular things. For instance, if you set a goal for finding more time to work out from your busy schedule, the app will automatically start reminding you to do that during your free time.

Like we said, version v5.5.7 of Google Calendar with its ‘When You’re Free’ functionality is live now on the Play store for everyone to download.