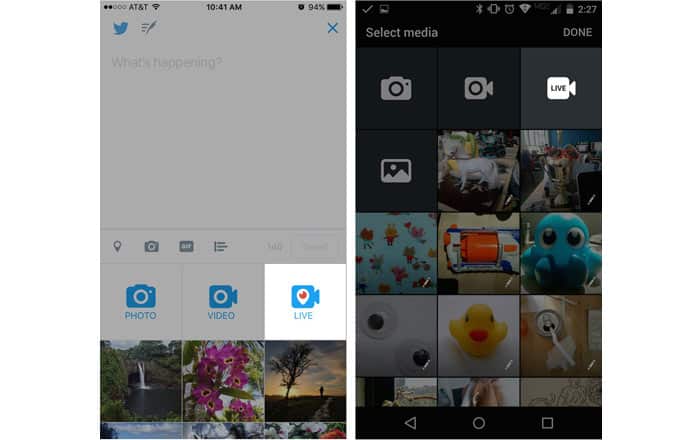 The official Twitter app has just been made richer by its creators who have blessed it with a Periscope button that allows them to instantly start a live broadcast from anywhere in the world. This attribute was hitherto available only to a few testers, but it’s now being rolled out to everyone using the Android or iOS app of the micro-blogging service.

For those unaware, Periscope is a live streaming app that was purchased by Twitter last year to integrate its attributes into those of its own services. When you choose the new tweet option and tap on the camera icon at the bottom, you are usually shown options for capturing either a photo or a video.

But now, there will be a third choice in the form of a ‘Live’ button that will straightaway launch a Periscope broadcast, provided the said app is installed on your device. If it’s not, the button will take you into the app store page of Periscope to prompt you to download it.

Smartphone-based live video broadcasts have taken the world by storm lately, with Facebook’s Live feature having acted as a major catalyst to this development. Naturally, Twitter has been feeling the heat and this is probably what has led to the micro-blogging site having introduced the Periscope button.

Even Facebook’s Live attribute is as easily accessible through its official apps. When posting a new status, a fresh icon helps you directly start a broadcast for the world to see.

The new update to Twitter which enables the Periscope button is still to reach our devices, but we’re guessing it should arrive in the coming days.