TechShout
Home Software Google Maps gets a Driving Mode and other new features via fresh... 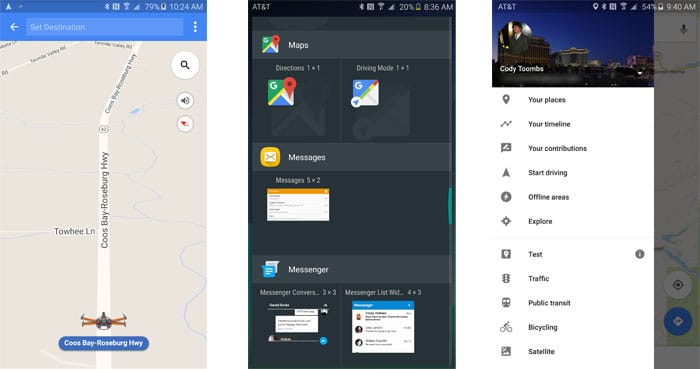 The Google Maps developers have infused the app with a set of really interesting features that are being highlighted by a Driving Mode. This fresh update has only been rolled out for the Android version though.

Driving Mode is basically an intelligent assistant which will make the job of navigating to your destination a tad easier for you. With just a single tap, this new Google Maps feature predicts your destination and provides you with all the relevant information you’ll need to get there.

It does its prediction based on your travel habits and search history; so you don’t need to enter the destination yourself. It then proceeds to give you give traffic updates and ETAs to the place.

The sad part is that the new feature is said to have glitches and is hard to activate. Android Police managed to get it working on only two of its devices, and is unaware of the exact process to be followed in order to do so. You can download v9.19 of Google Maps to try it out yourself. Anyway, we expect the developers to fix this with the next update.

Coming to the other new additions to Google Maps, its much loved navigation mode now has an audio toggle in the forefront rather than in the drop-down menu. Muted, Alerts Only and Unmuted are the three options you can choose while you’re navigating to a particular destination.

Not too long ago, Google had introduced a Your Timeline feature in Maps and with this update, it has given users a bit more control over it. You can access a dedicated settings screen for this trait now, in order to change its behavior.

This new version of Google Maps will take some time to get a wide rollout, but eager souls can head over to APK Mirror (64-bit) (32-bit) to get it early.