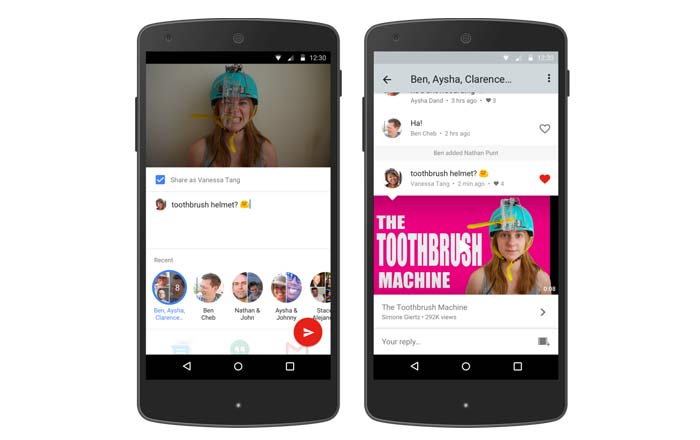 A messenger section has made its way into the last app where you’d expect to see such a thing – YouTube. This feature is under testing right now, and is hence available to a very small number of users.

While only a small number of people can use this feature right now, they can indeed invite others to try it out. So if you’re in luck you might receive an invite from one of your friends soon. There’s no word on when YouTube’s messenger will be made available to everyone globally.

Not only does this trait allow you to share videos with others, but it also enables you to chat with them in single and group conversations. The mobile apps of YouTube will get a new tab for messenger to make it easier for users to access this feature.

Shimrit Ben-Yair, who happens to be the director of product management at YouTube has said that this messenger has been created because the company believes it will result in even more sharing of videos. It is possible that the video sharing service is making this change keeping in mind the competition it’s receiving from other players like Facebook and Amazon Video Direct.

For the time being, the only way to get the YouTube messenger is if someone you know has it. So keep asking your friends about it.