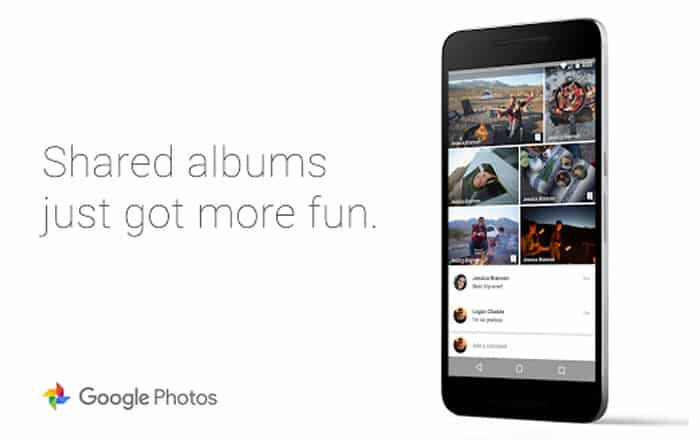 Facebook Moments was introduced after Google Photos, but there’s some features in the former tool that even the latter couldn’t refuse adding to its kitty. The ability to comment on shared albums has now been introduced by Google, apart from smart suggestions.

This latest Google Photos update applies to the Android, iOS as well as web versions of the service. From now on, all those who join a shared album will be able to add comments not only to photos and videos but also the album itself.

Another new feature is smart suggestions, and it gives you a list of possible photographs or videos you can add to an album that has been shared with you by someone else. This will save time and even ensure that you don’t miss out on sharing any pictures with your friends.

Moments has a similar feature in it, but it makes use of the Facebook’s controversial facial recognition algorithms in it. Google Photos on the other hand relies solely on the time and location of a photograph before suggesting it for the shared album.

Not too long ago another major feature had made its way into this service in the form of smart albums. This trait recognizes that you have gone on a trip and automatically suggests an album for it which will contain not only your photos and videos but also location jumps that will make it look richer.

Google Photos gained a lot of attention when it was released last year, mainly because it offers completely free unlimited storage for photos and videos. It has grown a lot ever since, and its latest update is a testament to the fact that it’s going in the right direction.