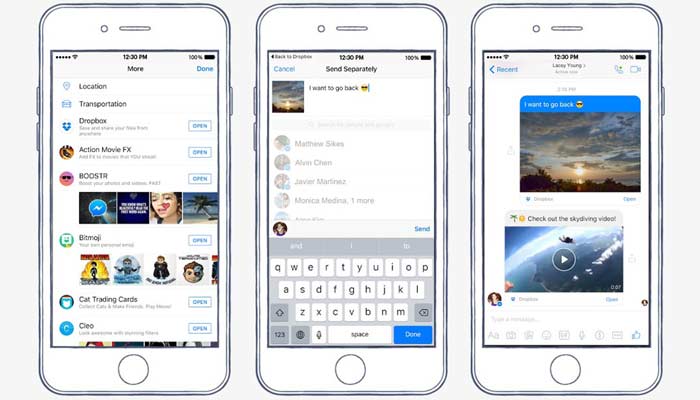 Facebook Messenger has just gotten two major updates which will likely make life easier for people who use cloud storage and like to multitask while talking to someone. The first refers to its brand new Dropbox integration, while the second is in connection to a floating head interface during video chats.

First things first, Facebook Messenger users will now be able to share their Dropbox files without leaving the app. All they have to do is tap on the More button within a conversation window. All their photos, videos and gifs can be sent directly from right within the chat.

For other files, they’ll have to tap on Open and jump to the Dropbox app. Consumers can then preview and save it from there for sending. Note that a person has to have both applications installed in their phone for this integration to be possible. The feature could prove to be especially useful for heavy cloud storage users who don’t always have their stuff on-hand. 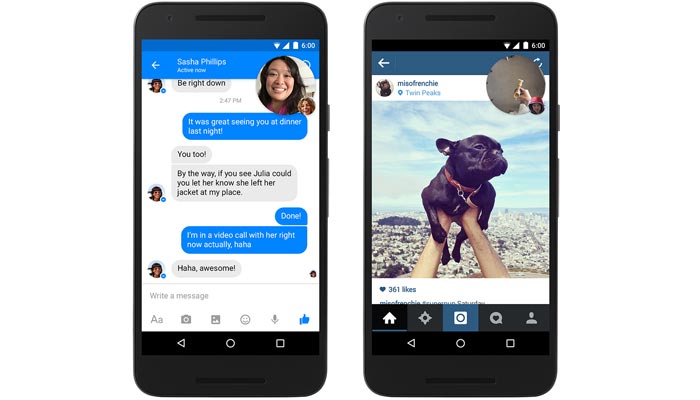 Moving on to the second new addition, Messenger now offers a Video Chat Heads tool which allows users to message other people while conversing with someone. Instead of taking up the entire screen, the function minimizes the window to a tinier circular area.

Android patrons of Messenger also get the added benefit of having the freedom to access other apps while chatting, something which iOS users will not be able to do. Still, the concept is a multitaskers dream and better simulates desktop video chatting where people can do several things at the same time.

Both the Dropbox integration and Video Chat Heads feature will be rolled out to Android and iOS Facebook Messenger users over the next few days.