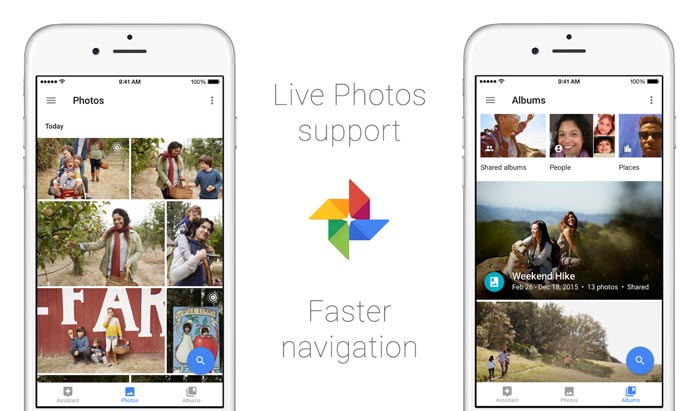 Get ready to free up some space on your iPhones, even as the iOS version of Google Photos has been granted an update that enables it to backup Live Photos which are made possible by Apple’s iPhone 6S models. This move will easily end up solving the storage woes of millions of iPhone users, and especially of the ones who own 16GB devices.

Live Photos are happen to be extremely short videos that are captured automatically when a photograph is clicked. This allows an iPhone user to not only view that image later but also relive the moment in a whole new way. However, the main problem is that these Live Photos are space consuming.

Now, Apple has a very limited solution to this. Its iCloud storage space is tied up at just 5GB, which doesn’t take a lot of time to get exhausted these days. That’s where Google Photos steps in with its ability to offer unlimited free storage for photos and videos; up to a certain size (16MP images and 1080p videos) of course.

And now with support for Live Photos, the service has become all the more essential for iPhone owners. The ability of Google Photos to sort you media and all of its other properties are sometimes unbelievable. It’s no wonder then that the app has managed to garner a user base of 100 million in less than a year’s time.

The latest iOS update to Google Photos also brings with it improved app navigation and reduced cache usage for when your handset is low on space. You can download it through the Apple App Store right now.