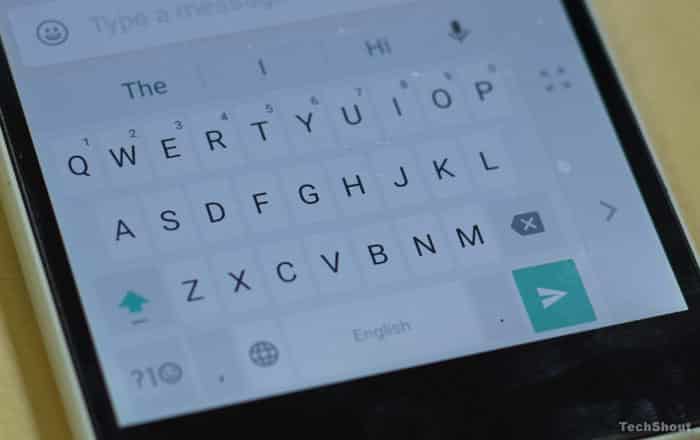 Google has shown some love to its Keyboard app by blessing it with a massive update that looks to further improve your experience with this tying companion. A large number of interesting features have been granted to version 5 of the application which is available for download now via the Play store.

There’s now a one-handed mode that you can access when you’re not in the mood for typing with two thumbs. This is quite a helpful feature to phablet users who have lots of screen space to deal with. You can access this new Google Keyboard attribute by long-pressing on the comma button or also by entering its settings.

You can tweak the looks of the keyboard by adding borders to your keys, and even adjust the height of the keyboard yourself. Also, when you enter the layout which houses numbers, there’s a button that renders a traditional numpad for easy number input, aside from a button that takes you to the emoji menu. 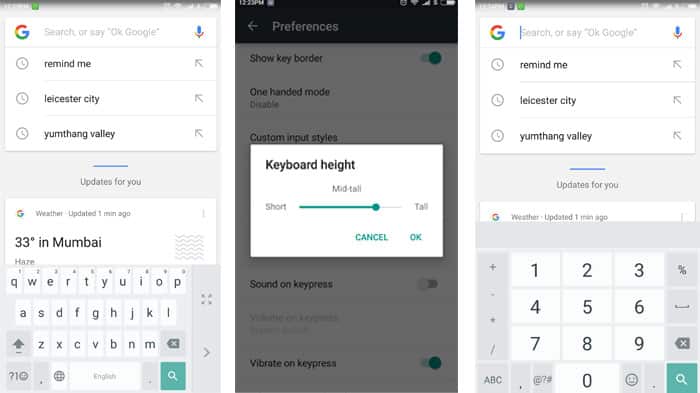 Gesture typing is a huge deal on Android keyboards, and some nifty little enhancements have gone into this feature on the Google Keyboard as well. You can now delete entire words by swiping left on the delete key and entire sentences by swiping left longer on the same key. It’s a neat little addition that will require some getting used to.

And then there’s the option of moving the cursor by swiping on the space bar, which is something a number of people will be pleased to see. Plus, when you’re gesture typing on the Google Keyboard, you will be shown dynamic suggestions in the suggestion bar rather than in floating windows.

There’s even the ability to delete certain suggestions that you don’t want popping up. Another really neat feature is that when you’re typing a password, the keyboard automatically brings up numbers in the suggestions menu so that you’re not needed to switch layouts.

The newest version of Google Keyboard for Android is live now on the Play store, and should reach your devices soon if it hasn’t yet.