Yesterday, we detailed all of the main features introduced with Google’s upcoming Android M OS and disappointed as we were that there was no mention of multi-window support in the list of new enhancements, the capability actually does exists. The search giant just didn’t make an official announcement of its addition, but it can be enabled through the developer options in the settings menu after a little tweaking.

Multi-window support is something that has been desired on Android for a very long time. Samsung and LG devices amongst others already have this capability through their own solutions and there are workarounds to getting it on other devices via unconventional means.

Google is yet to formally acknowledge the existence of this feature. But if you have the develop preview build downloaded and installed on your Nexus 5, Nexus 6, Nexus 9 and Nexus Player, you will be able to access it. However, enabling it will have you edit the build.prop file on your device, notes Liliputing. 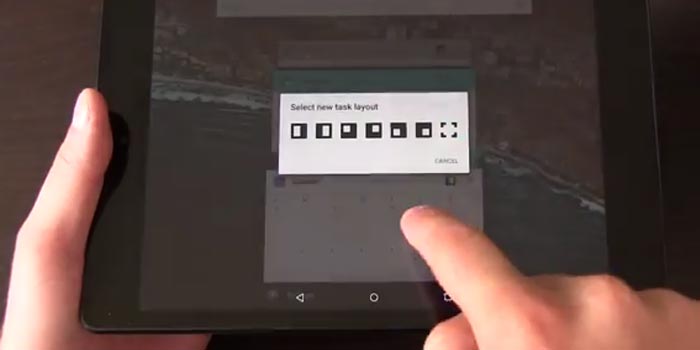 Once this is done, you’ll then see the option to enable the feature in developer options. To use apps in multi-window mode, you’ll have to run them first and then select the ‘screen position’ button from the recent applications menu. This will bring up different layouts which you can select to position and size the app based on your preference. The video below gives an in depth look at the new tool and also explores the split keyboard feature.

Also read: Android M is all about polish and quality

The fact that the multi-window option is hidden and filed under developer options clearly states that it’s still an experimental feature. We could see the company give it a formal unveiling in the future when Android M is close to being released.