In countries like the US and others, Google Play Music is huge deal due to its on-demand streaming options. This utility is all set to become richer than it actually is, even as an option to listen to podcasts is soon to imbibed into it.

This news comes straight from Google itself, which has even revealed that podcasters can already start uploading their shows into Play Music. However, they will not be available for listeners so early. They will be up for approval from the company, following which they’ll be made available when the podcast service receives a wide rollout in the coming months.

Podcasts have been synonymous with iTunes ever since the start. However, a player as big as Google entering the fray will definitely eat into the market share of Apple. 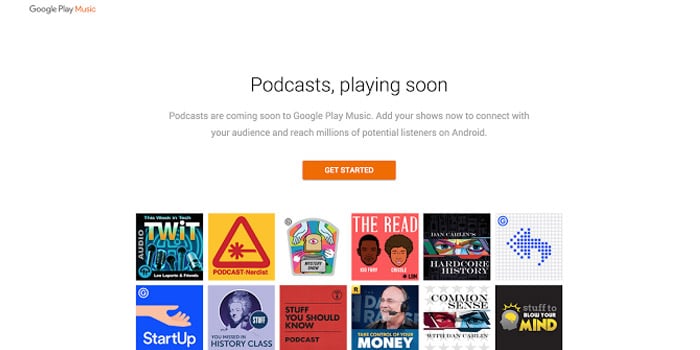 When podcasts are indeed introduced into Play Music, users will be able to perform direct searches about them. Moreover, suggestions based on their listening habits will also be made by the service, just like it does with music playlists.

Google has announced that it’s already working with big names from the podcast industry to offer their shows when the service is launched. These include the likes of Dan Carlin, Loud Speakers Network, StarTalk Radio, HBO, HowStuffWorks and many more.

Google is even preparing to debut a fresh music video service called YouTube Music in the coming months. This offering too will fall under the umbrella of a Google Play Music subscription, just like YouTube Red.

For those unaware, a one-month membership of the service costs $10. A recently introduced family plan provides 6 people with access to Google Play Music at just $15.