Those who are not into testing WhatsApp beta updates will for the first time be able to take advantage of two interesting new features today. That’s because the Android app’s Play store version has finally been blessed with starred messages and rich link previews now.

Starred messages are nothing but bookmarks you can insert inside your threads in order to find specific messages easily. When you press and hold on a certain message insider a WhatsApp thread, a star icon will start appearing from now on. Tapping on it will enable you to save it for later viewing.

If you wish to access these messages at any given time, you can tap on the three dots in the upper right corner of the ‘Chats’ menu. Do note that if you delete a particular thread of messages, all the starred messages from it too get deleted. While this feature had arrived on iOS first, it had recently also made its way to the beta version of WhatsApp for Android. 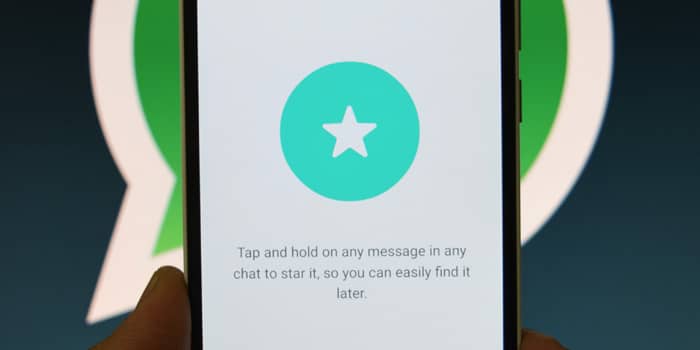 Another fresh trait in the offing is the introduction of rich link previews. When you post a link in any thread, the app will now generate a small preview of the content that’s present inside that particular link. While posting though, you’ll be given the option of selecting whether or not you would like to share the rich link previews.

The third addition of this WhatsApp update is only applicable for devices running Android 6.0 Marshmallow. It allows you to take advantage of the DirectShare functionality of the OS to share content directly with specific contacts or groups.

Also Read: Back up WhatsApp to Google Drive now if you’re on Android

This new version of WhatsApp is already live on the Google Play store; so go ahead and download it onto your devices.