Instagram is growing, and how? It has been announced by its makers that the extremely popular image and video sharing platform now boasts of 400 million users. This is a huge milestone for the company, especially since it has a lot of competitors to counter right now.

Out of this 400 million-strong community, more than 75 percent of the users happen to be living outside the US, according to the folks over at Instagram. The makers of this app have also provided us with a number of interesting statistics about its latest batch of 100 million users.

Among them, more than half reside in Europe and Asia, while the exact nations that have added the most Instagrammers include Brazil, Japan and Indonesia. Right now, more than 80 million photographs are being shared on Instagram on a daily basis. 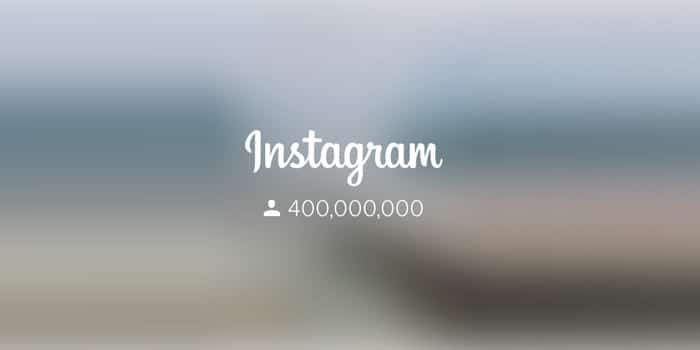 The list of the 100 million newest Instagrammers includes a few big names. Footballer David Beckham was among the ones that joined the platform recently, while American celebrity Caitlyn Jenner is also among the new members. This list even includes German footballer Toni Kroos, South Korean rapper T.O.P. and Indonesian celebrities Raffi and Nagita.

Instagram recently took the controversial decision of showing advertisements in the feeds of its users. Users hailing from more than 30 countries are being shown these ads right now. The Facebook-owned platform is even encouraging small as well as large businesses to take advantage of its new ads feature.

Instagram is already one of the top apps on both Android and iOS platforms. It’s constantly being granted newer and newer features by its creators, making it more adept at its image and video sharing abilities.