There is a new addition to the Android lawn statues in Google’s campus; that of the adorable Android mascot holding onto a marshmallow. The unveiling of this statue made it official that the next version of the company’s mobile OS will be called Android 6.0 Marshmallow.

With this announcement also comes the release of the final Developer Preview of this software which can be grabbed by those who own the Nexus 6, the Nexus 5, the Nexus 9 or the Nexus Player. It represents the near-complete version of Android 6.0 Marshmallow that will be rolled out all over the world for compatible devices later this year.

This OS was of course first unveiled as Android M at this year’s I/O conference in San Francisco by Google. One of its main features happens to the iOS-style granular app permissions which let you control access to your personal data by particular apps. With this release also finally comes native fingerprint reader support, and this also means that this year’s Nexus devices which are being made by LG and Huawei will both be shipping with fingerprint scanners on them. 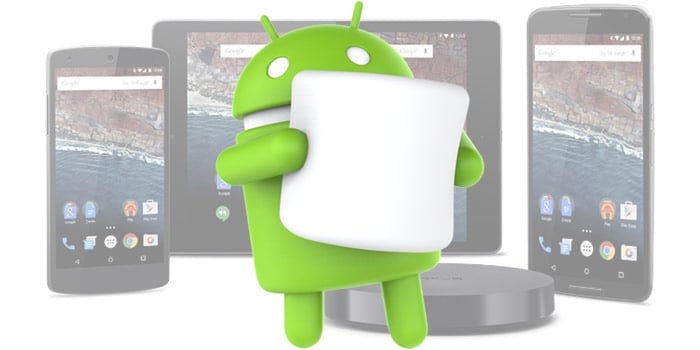 Android 6.0 Marshmallow will even come equipped with Chrome Custom Tabs, which allow apps to open web content in a temporary tab instead of switching to the browser in order to do so. This version of the software will bring with it support for the Android Pay service which is nothing but a rival to Apple’s mobile payment system.

The official Android 6.0 Marshmallow release will take place sometime during Q3 of this year, but those with compatible devices can now download its Developer Preview 3 through this link.