Google Now On Tap is one of the most important and useful features of the upcoming Android 6.0 Marshmallow build, and it is finally available to test for those who are using the latest preview build of the said OS. It has been doled out through an update to the Google App.

This upgrade can be downloaded by all devices running Android 4.4 KitKat and up, but Google Now on Tap will of course only work with those running Android M preview 3. For those not in the know, this particular feature allows you to gain additional information about something that’s on the screen just by long-pressing the home button.

So, suppose you’re reading an article on Chrome about Metal Gera Solid V: The Phantom Pain, and stumble across the name Hideo Kojima, which you’ve heard for the first time. You can just long-press the home button and Google Now on Tap will spring into action to give you all the details about Hideo Kojima, including links to his social media accounts and more. 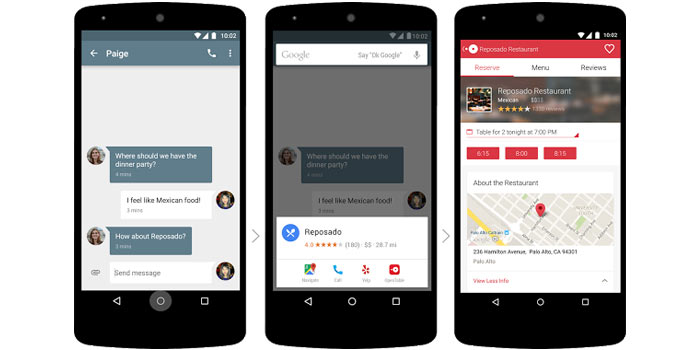 This feature works with third-party apps like Twitter as well. Another context that it can be taken advantage of in is when you’re reading an email or a text containing the name of a restaurant you don’t know. You can summon Google Now on Tap to bring up details about that place and also to let you easily create an event based on the information from the email or text in question.

Also Read: Android M has hidden multi-window support after all

The latest update to the Google App also brings with it the vertical app drawer, apart from the ability to uninstall apps from the homescreen. You can wait for it to reach your devices gradually, or grab an APK from APK Mirror (via Android Police). Do note that all the above mentioned functionalities will only work if you’re running Android M preview 3.