This February, Google introduced us to YouTube Kids, a special app that’s aimed at letting toddlers watch content made only for them. The service has been doing well ever since, as the search giant has mentioned that it has been downloaded more than 8 million times.

Regular updates keep making their way into YouTube Kids, with the latest one among them having come late yesterday. This one has been blessed with a number of new additions that improve its offerings, while also allowing parents to have sterner control over the content that’s being watched by their children.

When the app is downloaded for the first time, parents will be provided with a detailed account of how the service works. Explanations about how the app’s systems choose and recommend content as well as on how to flag videos for inappropriate content will be offered. They’ll even be provided upfront will the option to either turn the search feature of YouTube Kids on or off. 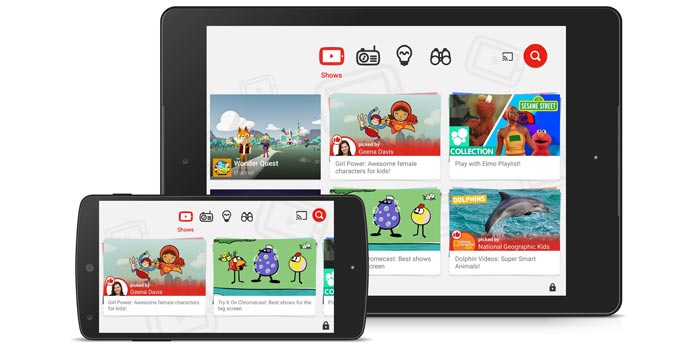 Apart from this, additional passcode options have been added as well. Coming to the fresh features that have been introduced to the utility, they include support for streaming videos to big screens using Chromecast, Apple TV, gaming consoles or even smart TVs.

New playlists from the likes of National Geographic Kids, Kid President, Geena Davis are already available for streaming, whereas as those from Vsauce and Amy Poehler’s Smart Girls are on their way. The list of new original shows includes HooplaKidz, TuTiTu, SciShow Kids, DreamWorksTV and more.

The newest version of YouTube Kids appears to be live on the Google Play store, and should reach your devices in the coming days.