Even as we wait for Microsoft to take the veil off its new personal digital assistant software dubbed Cortana, it seems BlackBerry too is readying a product of a similar nature. A leaked version of the BB 10.3 OS has given away indications about the presence of such a tool in the upcoming version of the operating system.

Apple was first to unveil a personal digital assistant in the form of Siri, and it wasn’t long before Google too got into the game with the introduction of its Now service. And with Microsoft also rumored to be ready with its own iteration of such a service, BlackBerry which is struggling to keep its relevance in the international markets up wouldn’t want to miss the party for sure. 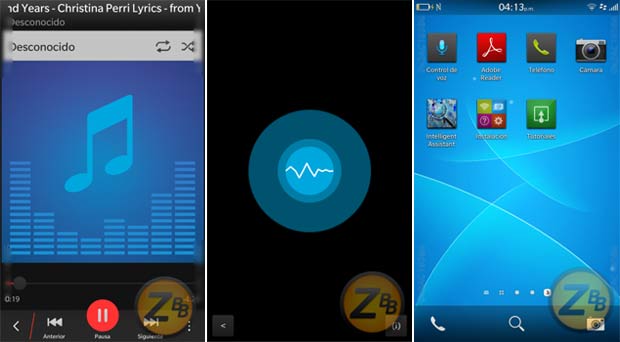 As pointed out by Engadget, both N4BB and a forum poster on ZonaBlackBerry are in possession of the BB 10.3 OS build, and have revealed the presence of a service which is called Intelligent Assistant. But this feature is reportedly not working properly at the moment, which is why we still don’t know how well it is built. See the video below to grab a glimpse of this new application as well as all the new changes which have made their way into the BlackBerry 10.3 OS.

Among these are alterations to the keyboard, new camera options, some changes to the music player and a flat design approach for the user interface. We’re not sure as yet about when BlackBerry plans on releasing this 10.3 update for its OS, but we’ll make sure to let you know when it does.