The Skype for Xbox One application got its first update and users will be glad to know that a number of features and improvements are in store for them. There are some new emoticons, better synchronization, tutorials and of course bug fixes amongst a number of other things.

Microsoft has finally realized that people use Skype on multiple devices like their phones, computer systems and more, apart from the Xbox One. Hence, the company has made efforts towards keeping the chat in sync across platforms and now claims to ensure less missed messages. Gamers can expect push notifications too and instead of texts from the last 7 days, chat history now shows 1000 recent messages. 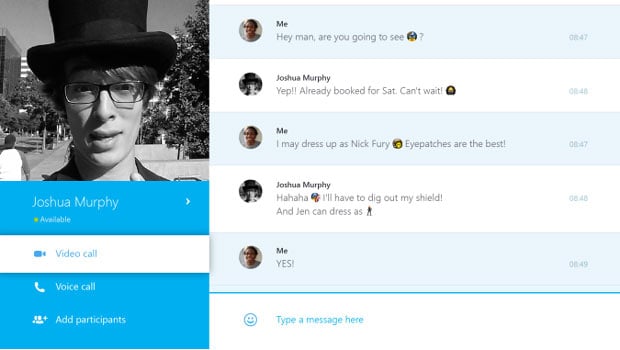 Captain America fans are in for a surprise as the application now features new emoticons based on characters from the Winter Soldier edition. This will be a limited edition pack and will only be available for Xbox One customers. Tutorials have been added for those who are new to the service.

Gone are the days when you had to scroll through your entire contact list to see who was online. The new contact filtering function displays only those people’s names who are up for a chat. And based on user feedback, the company has fixed the bugs and has urged the subscribers to keep reporting issues.

Like we said, the first ever Skype for Xbox One update has now been rolled out. Gamers are required to have a paid Xbox Live Gold membership to make the most of the service.