The Android KitKat 4.4 update for the Moto X from Sprint and U.S. Cellular has now been made available in the US, while the smartphone’s versions running T-Mobile, Verizon and AT&T networks had received it back in November itself. The official Motorola Camera application has also been updated with some bug fixes and new features.

The new Android platform brings a lot of improvements, including a better phone dialer that lets you search for a contact from the dial-pad itself. Also, frequently-called contact numbers are easy to find in it. A new Hangouts application that brings all the texts, video calls and chats under one roof comes pre-loaded on the software. Sharing your location as well as sending animated GIFs through the application is also possible. 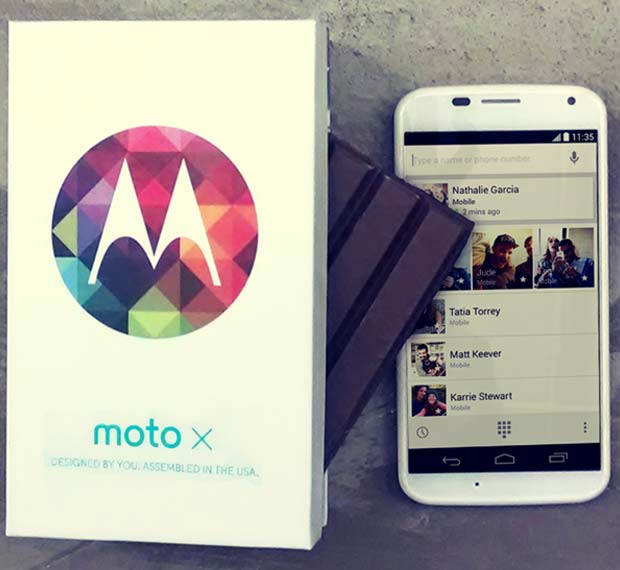 And what’s more, you will find an all new Gallery application complete with effects such as Posterize, Highlights, and Edges and a Draw feature to let you annotate pictures using your fingers. Colorful characters have been added to the Google Keyboard and users will find a full-screen mode, improved Touchless Controls and new versions of status as well as navigation bars after updating their phones.

As for the Motorola camera application, it now understands some additional languages and allows you to lock exposure when capturing a panoramic shot. Click-happy users can even manually control the snapper’s focus and exposure.

The Android KitKat update for the Sprint and U.S. Cellular Moto X started rolling out yesterday.