Call it the mother of all surprises and pure marketing genius – Android KitKat has been announced. That’s right, the next version of Google’s OS won’t be taking up just about any generic dessert name. This move highlights a complete deviation from the monikers that Mountain View has been giving Android at every important point in its evolution.

A twist in the tale

It started with v1.5 which was nicknamed Cupcake and then moved through Donut at v1.6, Eclair at v2.0, Froyo at v2.2, Gingerbread at v2.3, Honeycomb at v3.0, Ice Cream Sandwich at v4.0 and finally onto Jelly Bean. The last mentioned came as versions 4.1, 4.2 and 4.3, with significant updates offered at each turn. Then there was speculation that the next revamp of Google’s mobile OS would be called Key Lime Pie. But a twist in the tale was yet to follow.

How many of you know the taste of key lime pie and how many more have eaten a KitKat? It was this question that was to decide the fate of v4.4. In an interview with BBC News, Senior Director of Android Global Partnerships, John Lagerling, said Nestle accepted the partnership deal within 24 hours of having held a conference call with him.

How much does it take to tie your brand name to Android?

According to the report, no money changed hands as part of this tie-up. The official Google page talking about Android 4.4 simply says that it’s the company’s intention to bring the best of the OS to everyone. KitKat’s ubiquity clearly has a lot to do with it being extended the honor of this partnership. And all the publicity is practically free.

And Nestle clearly knows how to milk it. The confectionery maker is expected to market over 50 million chocolate bars with the Android mascot printed on their wrappers. These will be sold in over 19 countries covering the US, the UK, Russia, Japan and India amongst others. If you check out the YouTube video posted above, you’ll see that each of these offer buyers a chance to win a Nexus 7 or Google Play credit. 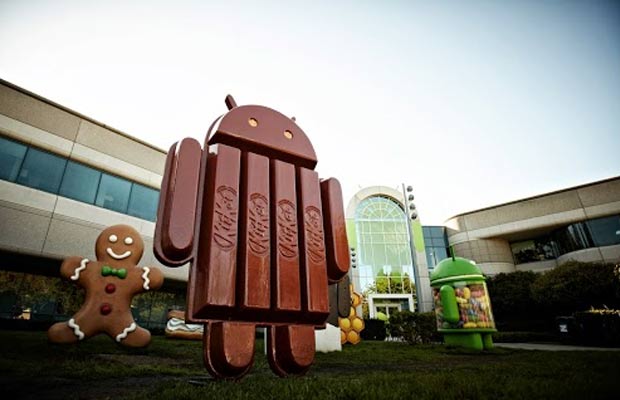 Who gets hurt the most if a scandal arises?

If there’s one minor thing to watch out for, it’s the risk of either of the two brands tainting the other owing to any scandals that could arise at any point during the affiliation. But say Google were to take a wrong step, we wonder whether the consequences could hurt Nestle more than it would harm the tech giant if the scenarios were reversed?

Not us Android-loving, KitKat-gobbling hippies. We like our breaks just as much as you do.