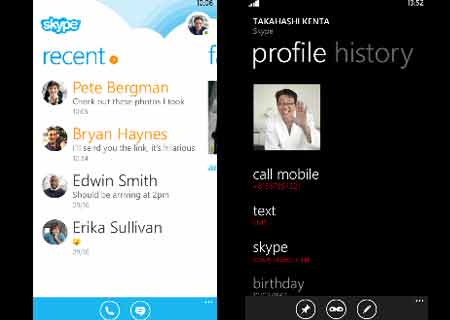 The upcoming Skype for Windows Phone 8 application has been formally announced and the company has listed out a host of capabilities that will feature within the release. According to official Skype blog, the developer has just not enhanced the design, but rebuilt the entire app from the ground up to play an important role in the Windows Phone experience.

Just like the Windows 8 version of the app, Skype for Windows Phone 8 is ‘always reachable.’ The tool will remain operational in the background and it can deliver notifications and chats even if users are accessing other applications or have locked the device. This feature is said to have minimal impact on the battery life. Other noteworthy attributes here are a call screen that’s similar to the Windows Phone one and call waiting,

The tool flaunts a clean and modern interface, making navigation an intuitive task. Additionally, users will have new resizable Live Tiles for their Start Screen that shows how many messages are unread and so on. The application arrives with deep People Hub integration. Once users log into their accounts from a WP8 handset, their Skype contacts are automatically synced with the device’s address book. There’s also a Favorites page where the most important numbers can be pinned for quick access. And these aren’t all; users will be able to chat with Messenger friends if they’ve linked their Skype Name and Microsoft account. 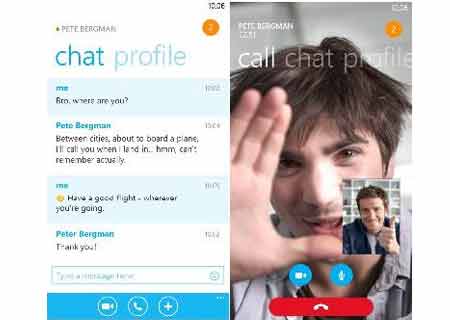 There’s no specific release date mentioned for the Skype for Windows Phone 8 application. All that’s known is that the application is expected to be launched through the Windows Phone Store soon.