Samsung has unveiled ChatOn 2.0, a new version of the popular communication service used by people in over a 200 countries and in more than 60 languages. The South Korean multinational corporation’s service is similar to BlackBerry’s BBM and Apple’s iMessage, but it can be used over several types of devices.

ChatOn 2.0 allows its users to message their friends easily, while it can even be used from a PC’s web browser. Users can now chat using up to 5 devices with a single account thanks to the new multiscreen feature. This ensures that messages are not missed while switching between devices and platforms. 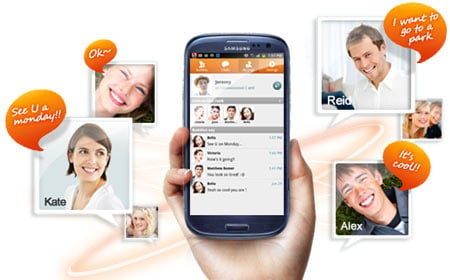 In addition, there is a new trait called Special Buddy. Reminiscent of Google Now which provides users with updates on relevant information, Special Buddy draws users’ attention to offers, updates and news feeds in real-time. Furthermore the new version adds a lot of options for customization and personalization, a post on the official Samsung Tomorrow Global blog has revealed.

The updated version also makes sharing content easier and simpler while engaged in one-on-one conversations and group chats. Users can deposit content and add their comments in the Trunk, which is a virtual storehouse allowing photos and videos to be shared with friends. They can be commented on and then posted to social networking web sites such as Facebook and Twitter. 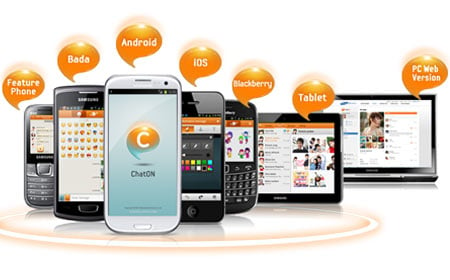 In fact, Samsung likens its service to a ‘micro social network,’ and gives users the freedom to create their own profiles. People can post status updates for friends to see and share a piece of their mind. Comments to profile pages can be made irrespective of whether the person is online or offline. There is even an interaction rank system, but details on that is sparse at the moment.

Another interesting addition is the fact that those using the service will be able to create messages and animate them with pictures or recorded audio clips. They can even select from a variety of ‘animated emoticons,’ which helps add color to messages. There is also the ability to vote in polls. 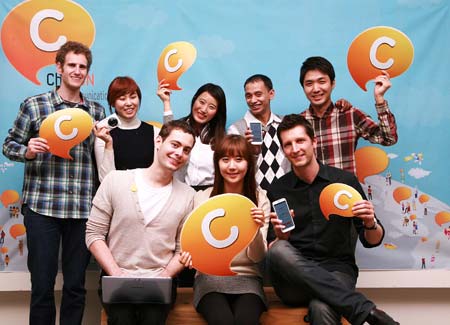 Samsung’s ChatOn 2.0 also lets users change the background and display of the speech bubble chat, allowing individual flavors to seep through. Additionally, there is a range of fonts to pick from so that chatting isn’t restricted and the conversations pop out. The app is available for download on various mobile platforms from avenues such as the Play store and iTunes, and as well as for PC.