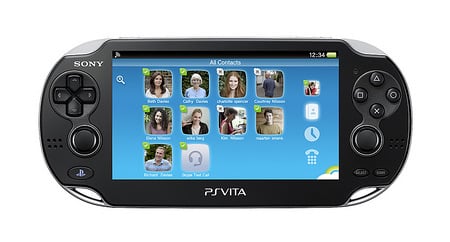 Well, gamers have been asking for it since a long time now and finally, Sony has decided to launch Skype for PS Vita, allowing them to enjoy the video and voice calling features of the app. Gamers wishing to keep in touch with their buddies from anywhere in the world will be able to do so on the go, by making use of the 3G/Wi-Fi capabilities of Sony’s Vita handheld console.

Going for free to all PSN account holders, Skype for PS Vita proffers a completely new interface, and allows free Skype-to-Skype voice calling as well as video calling via the PS Vita’s front and rear cameras. And like all other Skype apps, users can also employ this one to place calls to landlines and mobile phones with the help of purchasable Skype credits. But the main highlight of this version is that gamers can even run it in background mode. That means, they can pause a game they’re playing, attend to a call, and then return to the game without having to lose their progress.

To interact with the app, PS Vita owners can make use of the device’s OLED touchscreen, its dual analog sticks, rear touch pad, two cameras and built-in microphone. This new app joins a lineup of other social tools that are available to download on the Vita via PSN. These include Facebook, Foursquare, LiveTweet and Flickr. Recently, Skype had also been released for the Windows Phone platform, and can be accessed now through the Marketplace.

Skype for PS Vita can be acquired for free by all those who possess Sony’s handheld console.