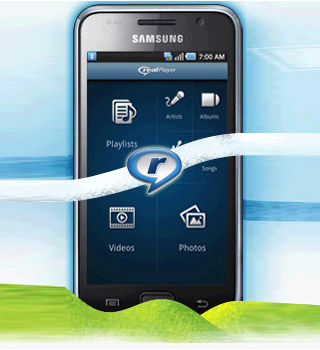 RealPlayer’s committed application for the Android platform was announced in June 2010. Since then, the tool received both criticism and a pat on the back for all that it had to offer. It doesn’t seem to have taken RealPlayer much to incorporate the feedback and offer users just what they’ve probably been missing out on. An upgraded version of RealPlayer for Android should now make it simpler to manage and control not just music but also videos and photos.

A revamped homescreen complete with a widget for playback right from here spruces up this upscale to the RealPlayer tool. The software bundles in improved graphics while there’s a new feature to remove songs and videos too. According to the official RealNetworks blog, users will also find it to simpler to navigate through as selecting directories for all the content is easier.

Music playback gets landscape mode while users can additionally playback music on the basis of the directory folder. For audio-video buffs who think this still isn’t enough, probably the support for music playlists playback will sound exciting. Hiding the video status bar doesn’t take much time now while enthusiasts can select the suited video aspect ratio at their free will. Nevertheless, the application doesn’t feature the roulette wheel any more.

This free update to RealPlayer for Android has already reached the Android Market.